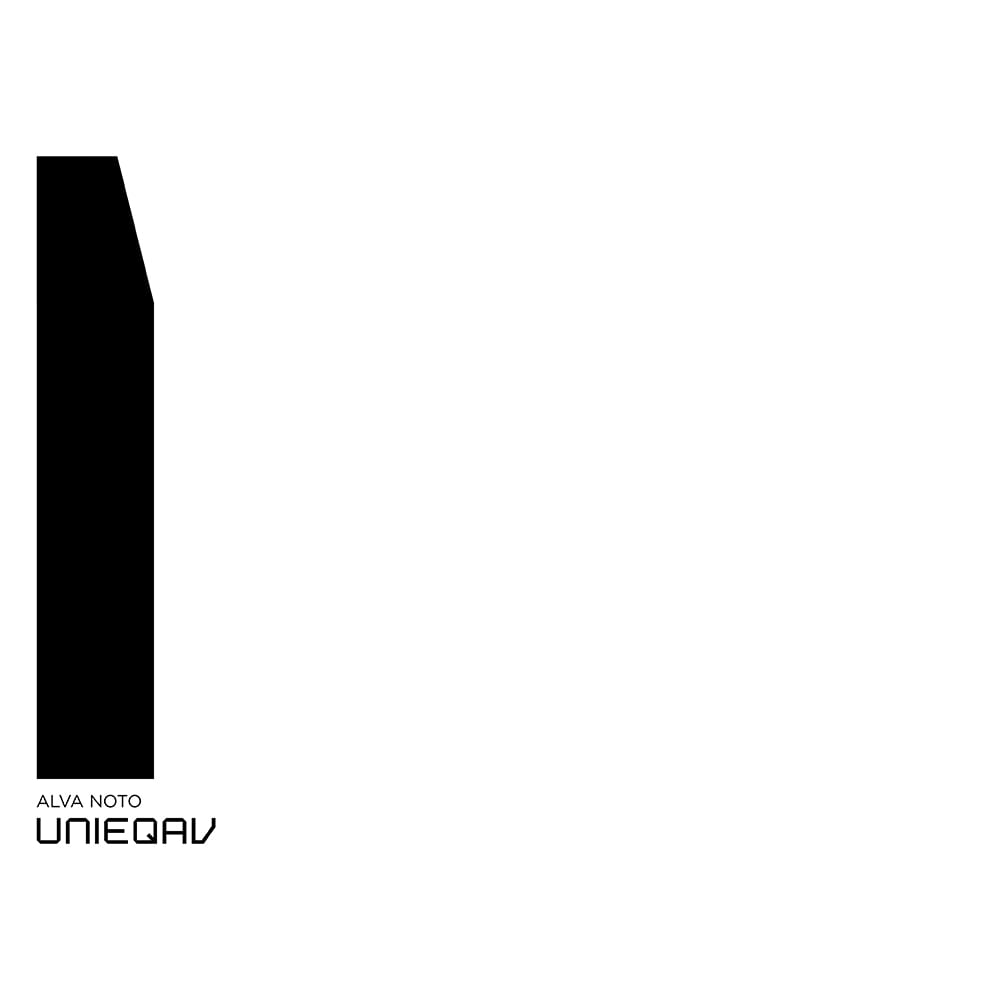 Incepted in 2008 with the ‘Unitxt‘ album, Carsten Nicolai’s ‘Uni‘ trilogy is coming to a conclusion with ‘UNIEQAV‘, scheduled for release on 16th March via his freshly reactivated NOTON imprint. More functional in essence than its predecessors, ‘Unitxt‘ and ‘Univrs‘, Alva Noto‘s third instalment veers off into further Autechre and Rephlex-friendly audio territories, marrying the incandescent granularity of chiselled drones with an enhanced amplitude of variation that undeniably enthralls.

Expansive and incredibly tense, our premiere ‘Uni Blue‘ plunges its listener in a smouldering magnetic field where static-filled riffs and thunderous echoes abruptly collide. As the spectrum covered seems to stretch beyond all graspable measure, Nicolai steadily builds up a dramatic narrative by way of what one could call a sonic chiaroscuro – merging roaring sub-octave chords with beaming modular patterns as playful chimes and bleeps grant you a one-way ticket to Utopia. A deep inward trip expressed across a sharp-crested sound design of which Nicolai holds the secret, ‘Uni Blue‘ shines high up in the sky and way above the competition. That’s genius right there.

UNIEQAV is released via NOTON on 16th March, pre-order a copy from the label’s webshop.

Discover more about Alva Noto and NOTON on Inverted Audio.