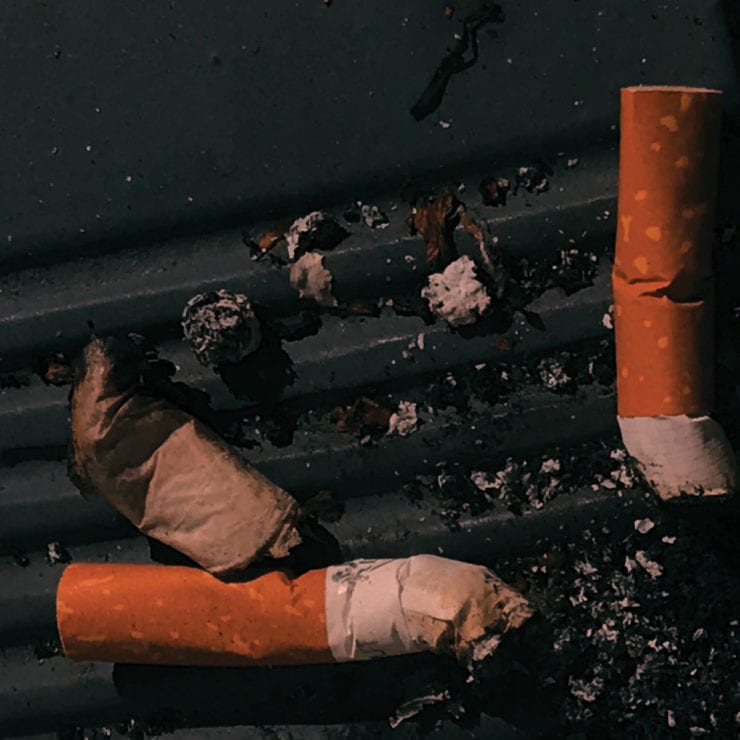 Last found dishing out a batch of hazed-out dubs and flavourful summer goodies on Steffi’s imprint Dolly, French producer Nicolas Olier aka Coni resurfaces this year with some big news as he will kick off his own imprint Firecamp early June with ‘Transperce‘ – his debut instalment under the new alias of Ce Raid Solitaire.

“I decided to start Firecamp to shed broader light on content that’s been close to my heart. I had this idea of a firecamp like a year ago. It’s a comforting image: to sit around the fire with friends, chatting and sharing“, Coni explains.

“There’s also this notion of isolation, of quiet, which I believe play a crucial role in creation. Everything but the fire itself is dark, the light and the heat emanating from the fire help us better understand (ourselves).”

Drawing inspiration from “dramatic modern landscapes and haunting memories” the record is presented as “an attempt to seek beauty in the midst of a chaotic and saturated present“. First extract to emerge, our premiere ‘American Sun‘ sounds like the world-weary lovechild of Bauhaus, Rolf Trostel and Suicide.

A slo-blazing cold wave ballad wrapped up in neo-noir folds, the track whisks us away for a road trip through red-hot desert scapes and endless horizontal plains a la John Ford as sustained onslaughts of droney analogue riffs, dusty synthwaves and choppy drums spew out across its moving canvas. Raw and radiant.

Transperce is released via Firecamp on 14th June, pre-order a copy from Bandcamp.

A1. saturated/sedated
A2. Transperce
B1. American Sun
B2. Hall of Ashes