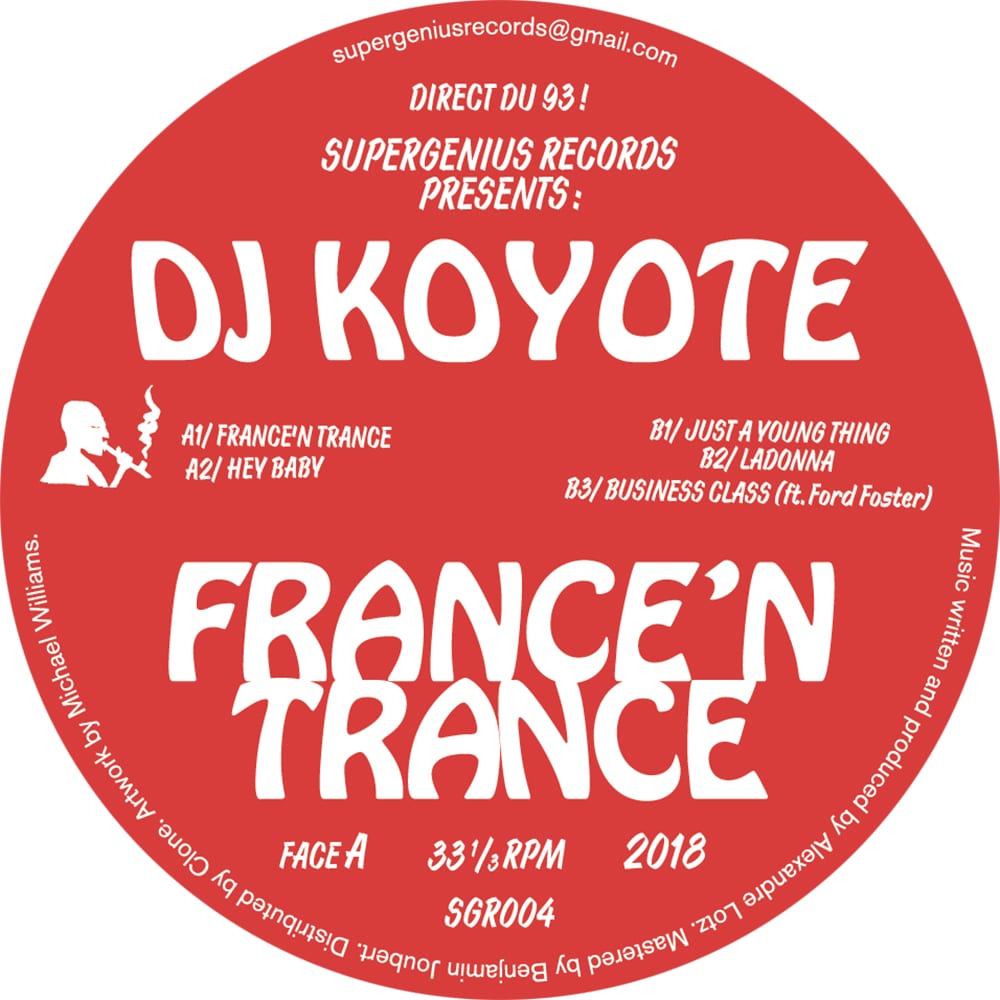 Fresh off the heels of a much promising introduction stage in 2017, marked by a pair of releases from in-house masterminds Too Smooth Christ and his acolyte DJ Koyote, it’s time for the latter to step up with his debut solo on the newborn Supergenius Records.

Scheduled to drop by the end of the month, ‘France’N Trance‘ actually makes for Alexandre Lotz’s first record of his own since ‘Let Me Tell You What I’ve Got‘, released via Sound Pellegrino in 2014. Gleaning tropes from his beloved hip-hop background and hybrid influences from the Arcade Mode era, Koyote’s put together a fine selection of dusty house instrumentals and further afield weird synth electronics, rife with rough-patched grooves and ghetto-tech’y rhythms.

Certainly the most retro-friendly cut of the EP, the title track shines with a warm solar energy that seamlessly radiates across an MPC-driven kind of swing. Here Lotz weaves Rhodes stabs and claps with classic hi-hat motifs from the Chicagoan heyday, draping his melody in a lush haze of cold tobacco smoke and after-party weightlessness. Lost in a state of suspension, both vaporous and sensual in equal measure, this one’s got doozy written all over it.