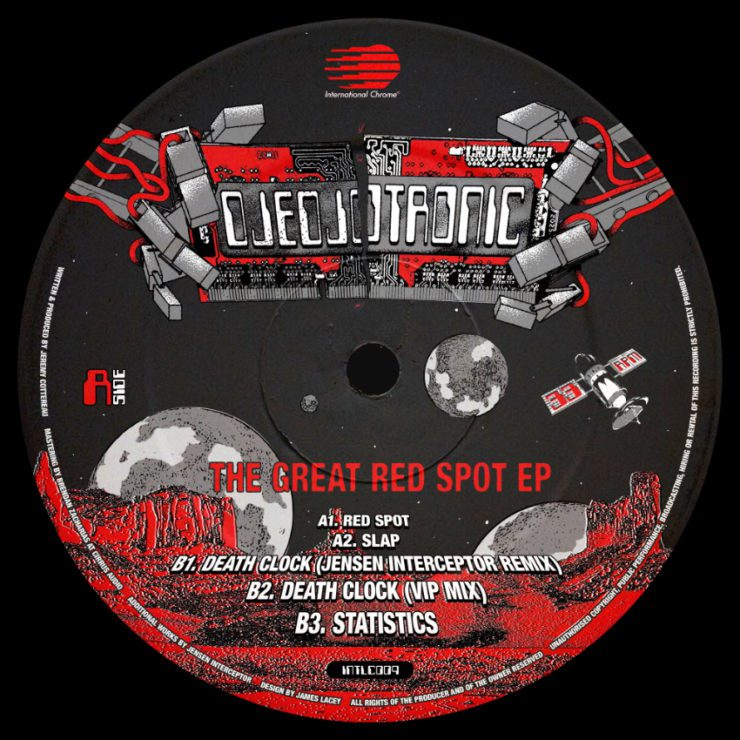 Following the inauguration of their new Data Planet series, International Chrome are back with a five-track salute from Djedjotronic. The French producer delivers a fresh batch of deadly cuts including a remix from label head Jensen Interceptor.

‘The Great Red Spot‘ is a reference to an enormous high-pressure region on Jupiter that has been visible for hundreds of years. The intergalactic pressure on the EP certainly aligns with this menacing phenomenon and the physical release will be pressed on red vinyl to boot.

We’re excited to premiere Jensen Interceptor’s remix of ‘Death Clock’. A fine example of the producer’s signature high octane sound, the sought-after track has been a fan favourite for a while now, with the producer receiving non-stop messages about it.

‘The Great Red Spot‘ is scheduled for release 21 October via International Chrome. Order a copy from Bandcamp.