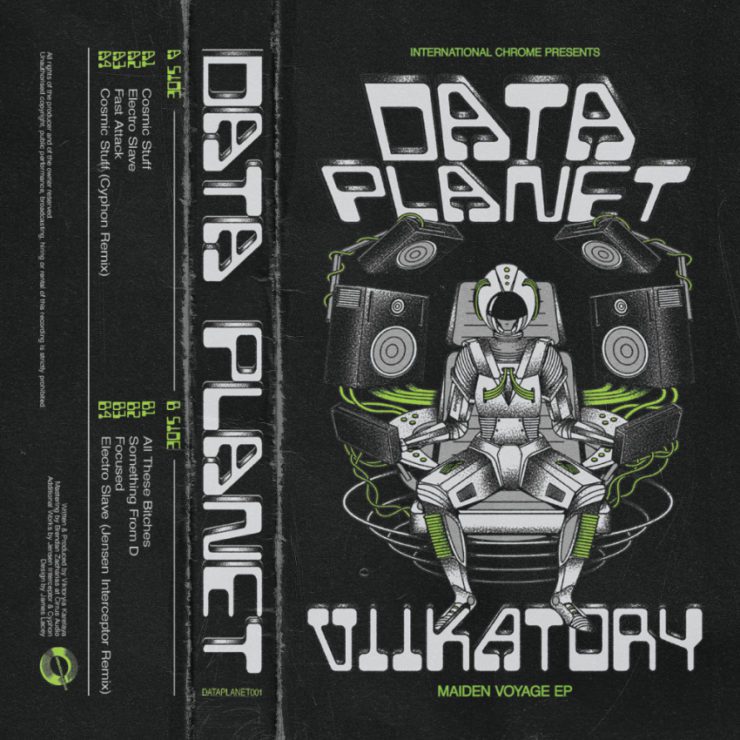 Since 2018, International Chrome have been putting out electro of the highest calibre. The label, run by Jensen Interceptor and Assembler Code is now inaugurating their new Data Planet series which aims to shine a light on up-and-coming talent within the genre.

The first artist to feature as part of the series is Viikatory. The Belarusian producer and DJ steps up with the aptly-titled ‘Maiden Voyage’, her first full release. With six hard-hitting original tracks as well as remixes from Jensen Interceptor and Cyphon, it’s a killer first dispatch from the emerging artist.

Our pick from the release is ‘Focussed’. Compared to some of the other tracks here, this one is slightly on the more sedate end. However, this is not to say that it’s lacking in power. It’s still replete with sinewy bass, driving energy and retro-futurist funk.

‘Maiden Voyage’ is scheduled for release 1 October via International Chrome. Order a copy from Bandcamp.