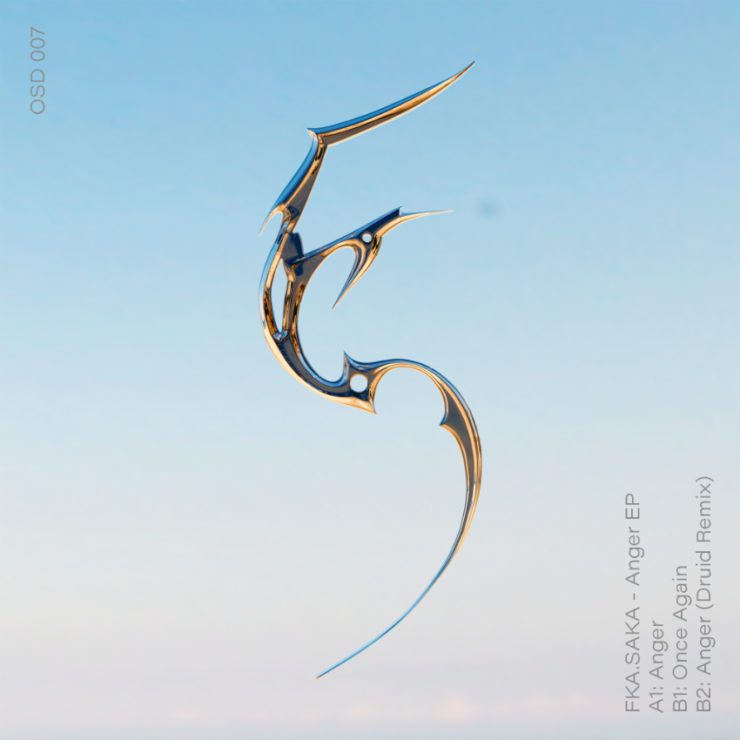 British label Off-Switch Audio have mostly dealt in the bassier strains of dance music since their first release back in 2017. Following a brief hiatus, the label are back and have ambitions to broaden their sonic allegiances and push things in some different directions this year.

Their first release of 2022 is from FKA.SAKA, an emerging artist is originally from the UK but now based in Eindhoven. Mainly focused on Drum and Bass, the producer has already gained support from artists such as FFF and Noisia.

It’s clear that FKA.SAKA has a knack for crafty sampling and breakbeat mangling. This is perhaps best exemplified by ‘Anger’, which appropriates a classic trance riff and tests its pliable possibilities. For the remix, Druid takes things in an electro direction, the SYNES collective co-head adding potent bass as well as some dreamy vocal flourishes.

‘Anger’ is scheduled for release 25 February via Off-Switch Audio. Order a copy from Bandcamp.