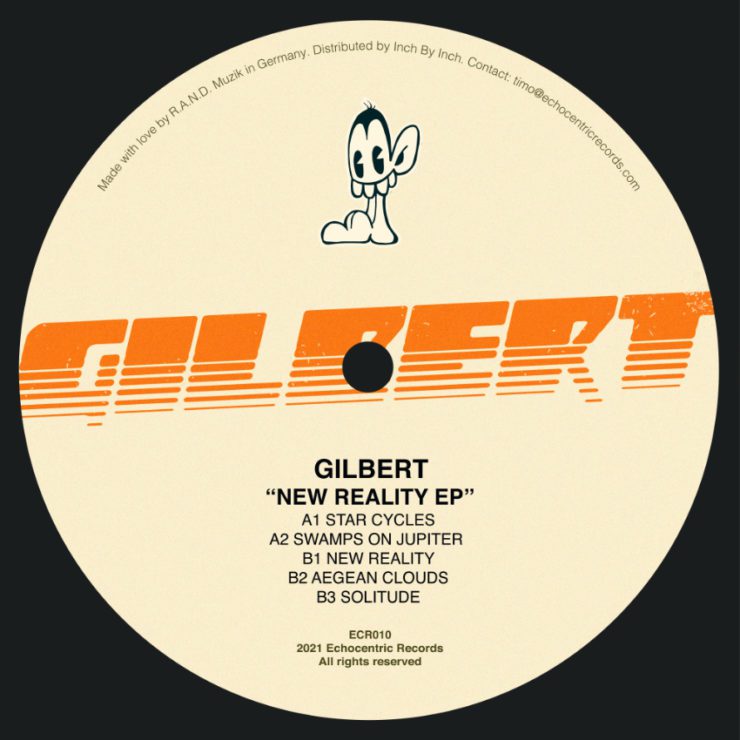 Since their first release back in 2019, Echocentric Records have been busy. In just under two years, the label have established themselves as one of the most consistent new outlets for deep, spacey and proggy fare.

Their 10th record is the solo debut of Gilbert. The Bristol artist is one-third of the Boxjam party series and has regularly featured on releases from Owain K’s Innate label. On ‘New Reality‘, Gilbert delivers his most accomplished work yet, an excellent introduction to his Detroit-influenced sound.

Describing the record, Gilbert explains that the tracks were completed during lockdown, a time when many were coming to terms with a strange new reality and dreaming of a brighter future. This sentiment certainly permeates our pick from the EP, the melodic, melancholy and aptly-named title track.

‘New Reality’ is scheduled for release 13 August via Echocentric Records. Order a copy from Bandcamp.