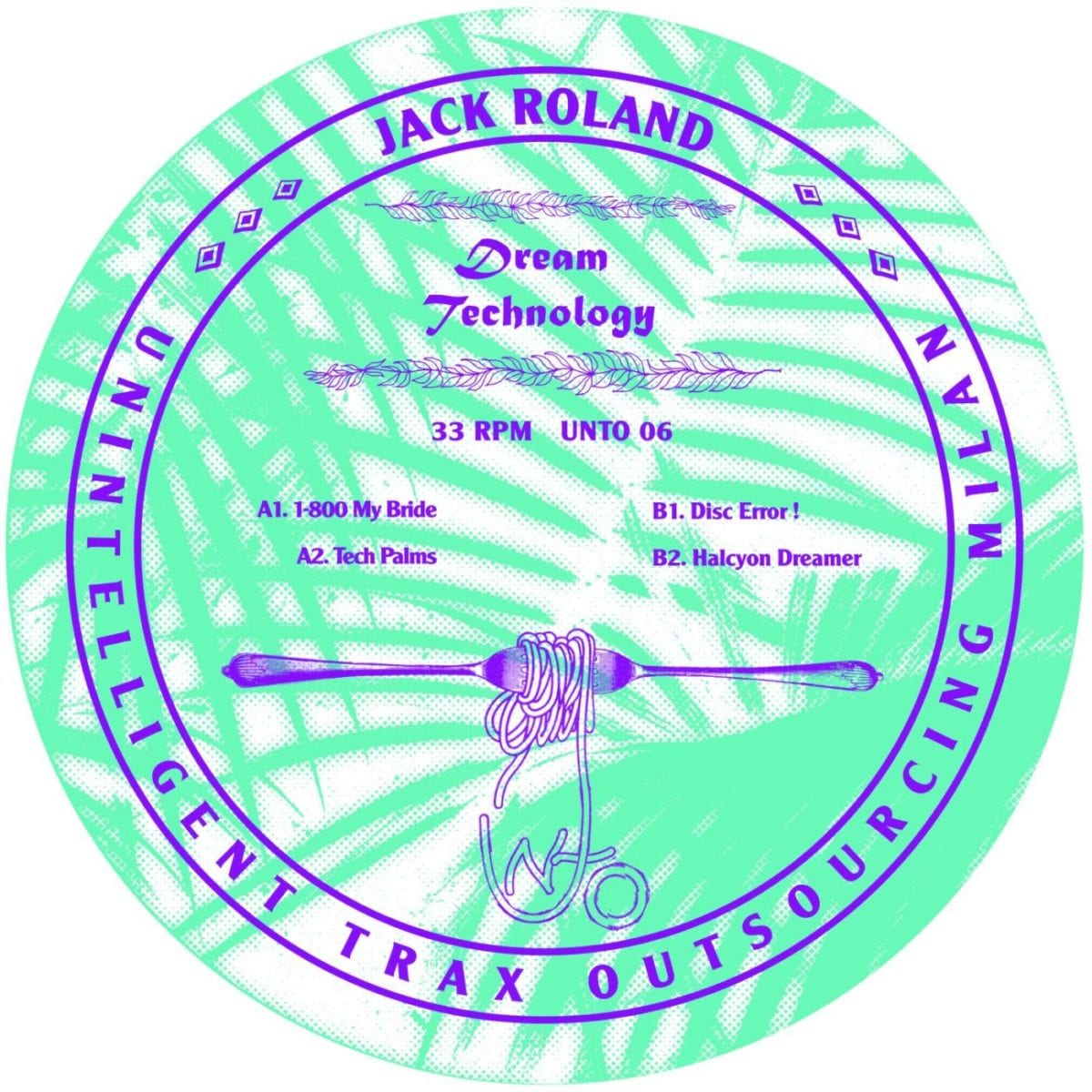 A feeling of eagerness and curiosity precedes Jack Roland‘s debut, especially given it’s coming out on UN.T.O, a label that’s still to disappoint since their debut release last year. Fluctuating in the exotic world of raw house in its most acidic idiosyncrasies – having notably collated records from Marcello Napoletano or Minimal Afrika, the Italian imprint is now back with Roland’s inaugural effort, ‘Dream Technology‘.

The Swiss-American producer, who also goes by the alias Andrea The Dreamer, describes his own sonic microcosm as “a world of distance, drama, deception, and romance; a place where the lost shapes and faces hide“, all the while explaining “you may define this as real, or a glimpse into your own dream reality“. Indeed, a detached and oneiric awareness surfaces from ‘Dream Technology‘, as foamy jagged beats play footsie with lustful synth lines straight from the orbit of TRAPPIST-1’s exoplanets.

Our choice from Jack Roland’s very first and highly promising release, ‘Halcyon Dreamer‘, is a shadowy combination of looping and esoteric synths, slamming house rhythm and ponderous basslines. A stomping kick drum and crisp hi-hats initially season the track with a crepuscular feel, progressively deploying as a feather-light vocal paves the way to the track’s final ascent, where a sublime, swoonsome melody finally alights to better reveal the most utopian facet of Roland’s pulsating music.

Dream Technology is released via UN.T.O on 10th March 2017. Pre-order your copy on Bandcamp.

Discover more about Jack Roland and UN.T.O on Inverted Audio.