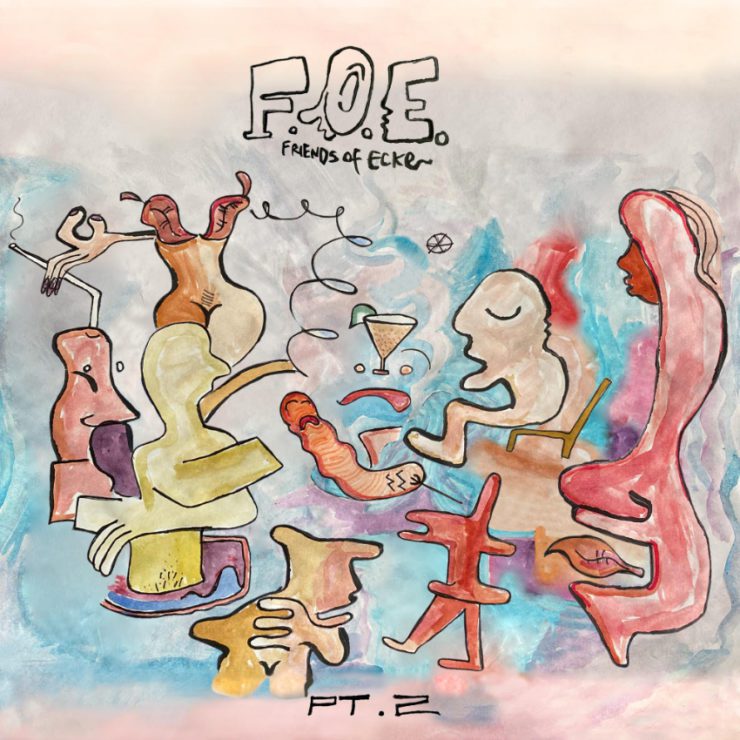 Ecke Records’ new series of digital releases compiles music by artists from around the world and aims to support initiatives that the label feels passionately about. The first edition of ‘Friends of Ecke’ is split into two parts, with proceeds going to two London charities, Deaf Rave and Blueprint for All.

The second part of the series’ first instalment is set to be released this month. It brings together tracks by some of our favourites, artists like Anna Funk Damage and Hugo Massien. However, our pick is from New York native, Lawrence Lee.

Lawrence Lee has been making waves for a few years now. In addition to forming Safer At Night alongside Curses and Cranks, the Berlin-based artist has recently launched his new label, A7A. On ‘Genetically Enhanced’, Lee delivers the kind of blistering übermensch electro that the track’s title suggests.

‘FOE102’ is scheduled for release 15 August via Ecke Records. Order a copy from Bandcamp.