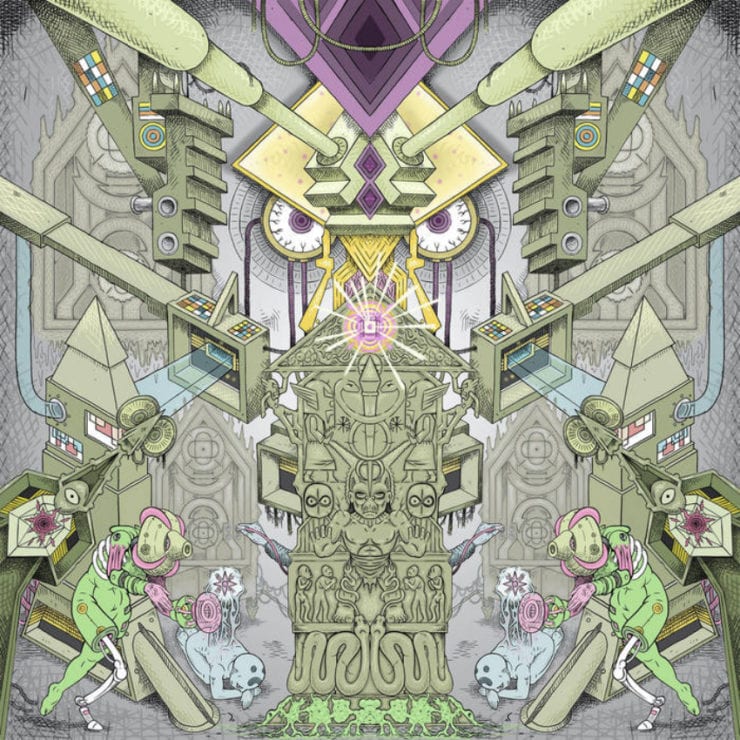 Although Yuku’s doors in Žižkov may have only been open a few months, when it comes to releasing music the label are no amateurs: each record comes wrapped in eye-popping sleeves with great care and attention paid to the smallest details. With Machinecode’s label debut, the eagle-eyed and investigatory will find secrets hidden in Zeke’s labyrinthine artworks.

Conspiracy theories form all of the titles and a large inspiration to the release, but from ‘Flat Earth‘ and ‘Hollow Moon‘ to ‘Iron Mountain‘, the music is as much a part of the grand mystery as the cult stories in the nomenclature.

On the title track, cutting in about halfway through the album, there is a tangible presence woven into the composition, something other than just the notes. This otherness, whilst immediately noticeable, becomes far stronger throughout the track’s procession of paranoid breaks, frantic calls and astral bellowing. Lush yet coarse, the duality of this track are its strengths.

‘Everyone’s & Nothing’s’ is released 8 December via Yuku. Order a copy from Bandcamp.