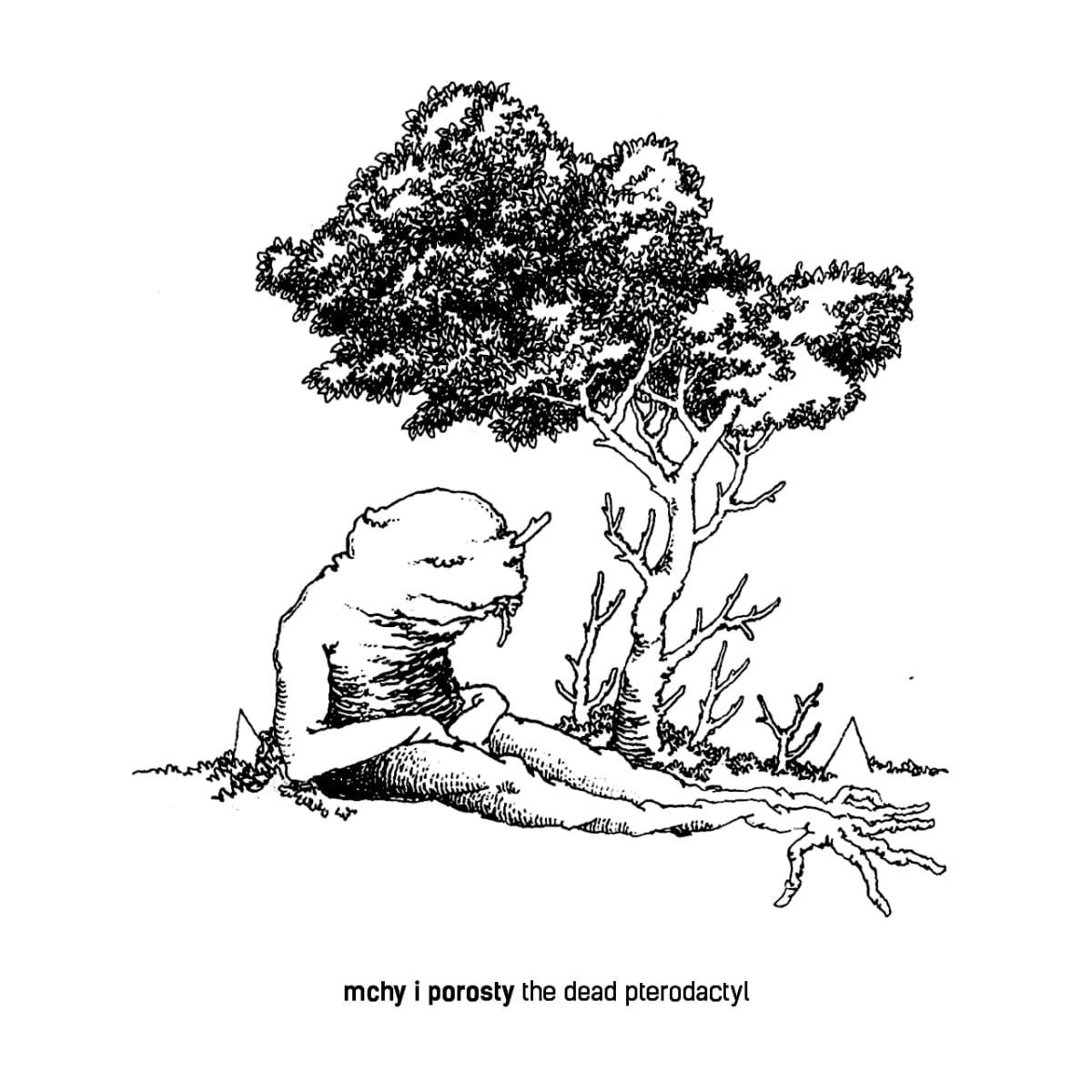 In this that it sweeps the usual suspects’ most recognisable tropes and translates them into its own scripted semantics, it’s safe to say the music of Polish producer Bartosz Zaskórski, aka Mchy i Porosty, seeks meaningfulness through differentiation rather than superficial kinship, and his latest for Toronto’s Kikimora Tapes is there to attest. Altered vox samples, overbearing grime’y rhythmics processed through the nastiest of lo-fi filters, elements of middle-eastern music, droney analogue belches: everything here is used to blur the lines and put you off the scent for good.

Lifted from Zaskórski’s highly recommended third tape album, titled ‘The Dead Pterodactyl‘, our premiere ‘Memetic Magic Of X‘ conjures up a disparate cast of components and stitches them together as one mad scientist would. From a teeming bed of what seems to be desert music strings passed through the meat grinder, hacked dubstep rhythms emerge like emanations from another dimension. Figure yourself a cold-as-death call for disobedience and sedition from a happy, quiet past into current dystopia; forbidden transmissions are going through. This is number one.

The Dead Pterodactyl is released via Kikimora Tapes on 7th January.

A1. Hip On The Mould
A2. Before You Move
A3. Memetic Magic Of X
A4. Thomas Ligotti
B1. Church Of The Subgenius
B2. Survival Research Laboratories
B3. Thomas Metzinger
B4. Warm Leatherette (The Normals)

Discover more about Mchy i Porosty and Kikimora Tapes on Inverted Audio.