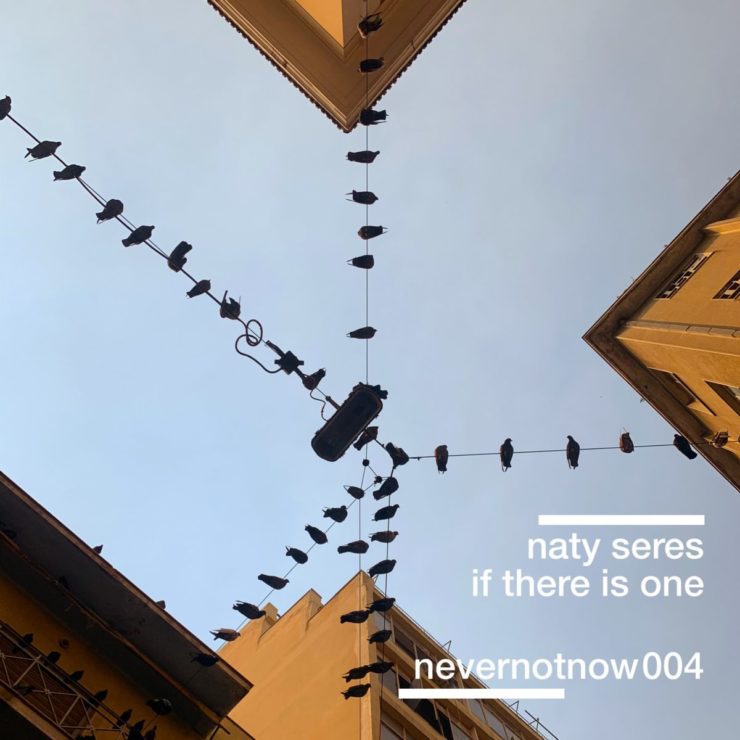 Born in Germany and now based in Berlin, Naty Seres began planting roots in electronic music through the ‘Freqs of Nature Festivals’ where she booked & managed the techno and electronic artists. D n’ B and psy-trance sculpted her formative DJ years but techno eventually pushed her towards a faster but groovier, acid and rave influenced DJing style.

Maybe the news flew under the radar, but Seres is a newly minted Berghain resident with the club also taking her on to its in-house Ostgut booking agency. Not surprising, given she has steadily built a reputation as a slayer of acid, rave-inspired techno, big on groove and heavily indebted to the 90s UK broken beat.

Her DJ style is quick, energetic and unpredictable and with her first solo ‘If There Is One’ EP she takes a momentary pause from behind the decks to translate her tastes into her own tracks.

‘Sometimes I Feel’ is our premiere filled with swelling melancholia of strings, bellowing bass notes and a snapping drum break. Nice arpeggiated horns gently provide some energy into the breakdown and silky vocals drift casually amongst harpsichord keys the track has a distinct festival feel, popping up on a beach stage near you in the coming months.

Considered perhaps a worn-out genre – think re-hashed hands in the air ecstasy vibes – Seres revisits ‘rave’ with a more melancholic and sensitive note supplying 4 tracks of harmonic led steppers for her very own Never Not Now label. The label is run together by a group of like-minded friends in Berlin looking to explore smaller corners of electronic music, based on their shared eclectic tastes.

Vocals are smartly processed throughout the EP and give the tracks a characteristic nostalgic tone when blended with euphoric pads and DnB indebted drum breaks. There are slight nods towards the moodiness of Burial, UKG and mid-90s IDM tones, highlighting her ease of manipulating organic sounds through a mix of modular synthesis, hardware sequencers & synths and Ableton.

‘If There Is One’ is scheduled for release 2 June via Never Not Now. Order a copy from Bandcamp.