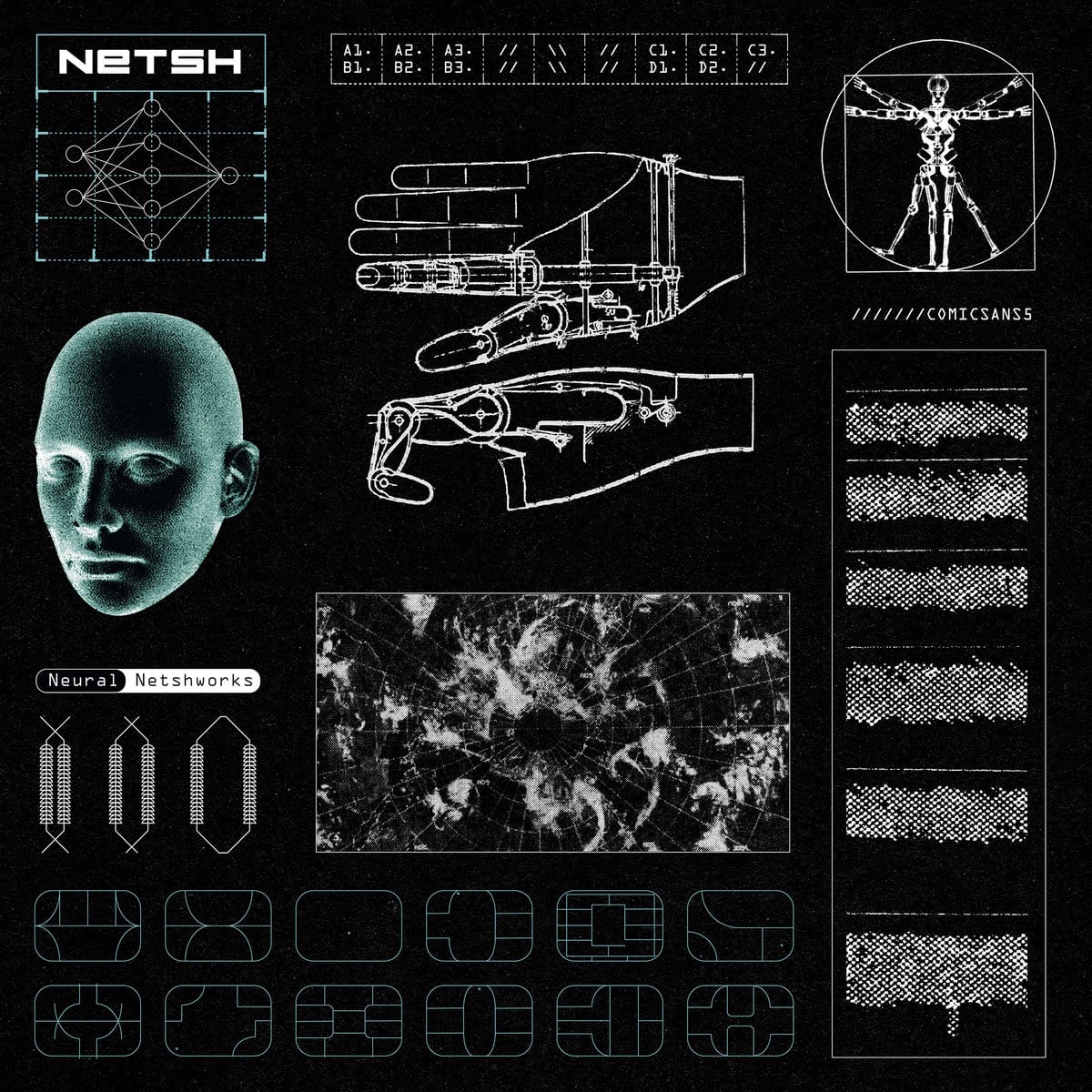 Even though he was born and raised in Toulouse, it’s the sound of Detroit that flows in Thomas W. Jager’s veins. Through both its title and content, hard not to see in ‘Neural Netshworks‘ a reflection upon James Stinson’s seminal Transllusion album ‘The Opening Of The Cerebral Gate‘, although set in a further high-dynamic, zero G-like scenario that better fits his Drexciyan endeavours.

‘Neural Netshworks‘ is also, and equally importantly, a hardcore, jungle and 90s tech-friendly affair in true UK tradition – think the Birmingham scene and Rephlex-era AFX, but as epitomised by the electro floor epic that is ‘Iron Flesh‘ it’s an engine made in Renaissance City that sits under the hood of Netsh’s dragster. Pedal stuck to the metal, ‘Iron Flesh‘ floats like a butterfly but stings like a killer bee – sure to trigger adrenaline rushes by the dozen. That’s how you do it. Buzzin’!

Neural Netshworks is released via Comic Sans Records on 30th November, pre-order a copy from Bandcamp.