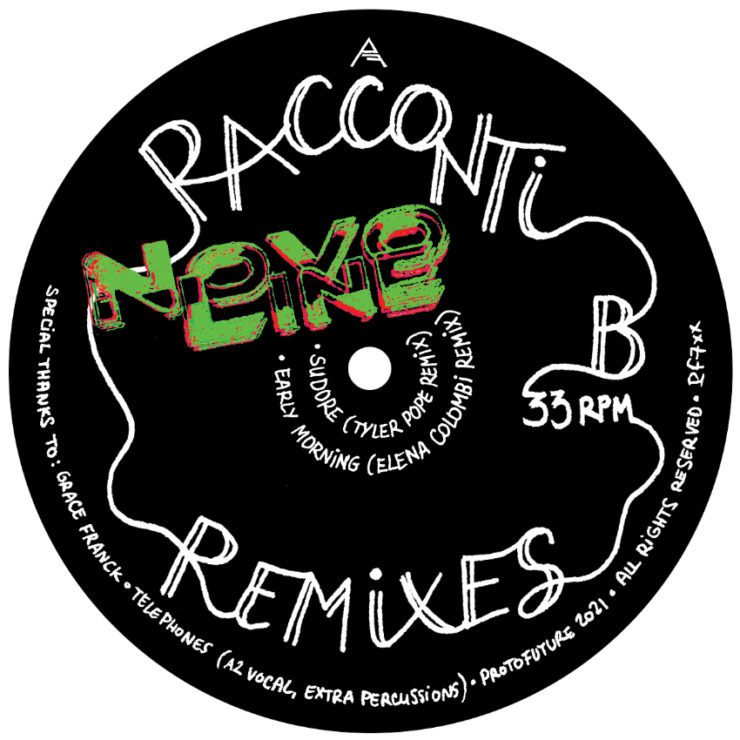 Protofuture launched back in 2019 with the goal of reissuing mixtapes recorded by Beppe Loda during his years DJing in Brescia, Italy. Since then, the label, run by Cocktail d’Amore resident Andrea Dama, has expanded its scope beyond this niche undertaking to also include contemporary projects.

Our pick from the release is Elena Colombi’s remix of ‘Early Morning’. The Osàre! Editions label boss deconstructs the original, leaving us with a skeletal and spooky version that’s sure to make your hairs stand on end.

‘Racconti (Remixes)’ is scheduled for release 6 September via Protofuture. Order a copy from Bandcamp.