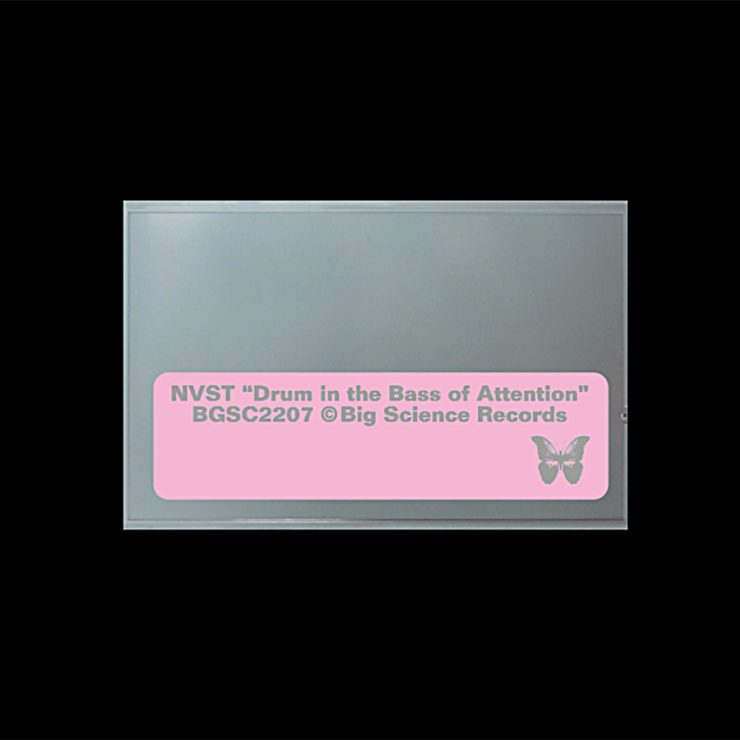 DJ and Producer NVST is quickly establishing herself as a key player in the field of rugged electronic jams. For those not yet familiar, the Lausanne native’s next release, her debut for Big Science Records, provides an excellent introduction to the artist’s murky sonic world.

There’s an occasional hopeful moment on ‘Drum in the Bass of Attention’. However, for the most part, the album’s 10 tracks seem committed to gloomier tones, something hinted at through many of the track titles on the release. ‘Killing Your Voice (Obscure Drum Version)’ will also be released separately alongside two versions by label boss Warzou.

Our pick from the LP is ‘Request for Quantity (Everworkedonanarchy Mix)’. Sludgy and angst-ridden, it moves with a certain swagger dominated by a radioactive bassline and drums that feel as though they’re doing things on their own terms.

‘Drum in the Bass of Attention’ is scheduled for release 2 May via Big Science Records. Order a copy from Bandcamp.