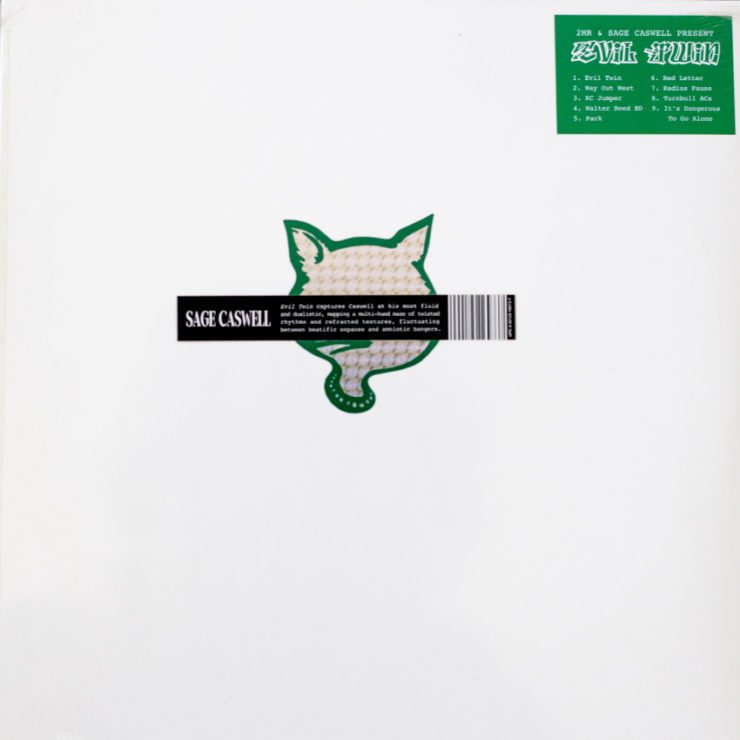 “I walk up to a building and Evil Twin is playing. A copy of me is at the door and I let myself in. Inside the house is inside my head; each room is a different song and emotion.” These, are the words of Sage Caswell about his forthcoming album, ‘Evil Twin‘, due for release on 29th March through Brooklyn-via-New Jersey’s 2MR.

If you’re familiar with the ex-Angelenos, newly Madison-established producer’s output, ‘Evil Twin‘ shall help cast a further comprehensive light on the man’s approach. Centred around the associated concepts of separation, vulnerability and “how it feels to identify the things in your life that don’t feel like you“, the album “captures Caswell at his most fluid and dualistic” as the press release wisely recaps.

Our premiere ‘Walter Reed HD‘ perfectly embodies this sense of diploid on and off-floor dynamics, melding gnarled jungle and house-y tropes with a multi-layered hi-tech imagery, “fluctuating between beatific expanse and amniotic bangers“.

Ethereal and high-powered, aerial although firmly anchored in the world of earthly sensations, the track encapsulates the very raison d’être of Caswell’s new LP: “Evil Twin was intended to be as much a visual idea as a soundtrack to feeling out of control. I didn’t really want to talk about it, so I made this album.” Top stuff.

Evil Twin is released via 2MR on 29th March.

Discover more about Sage Caswell and 2MR on Inverted Audio.