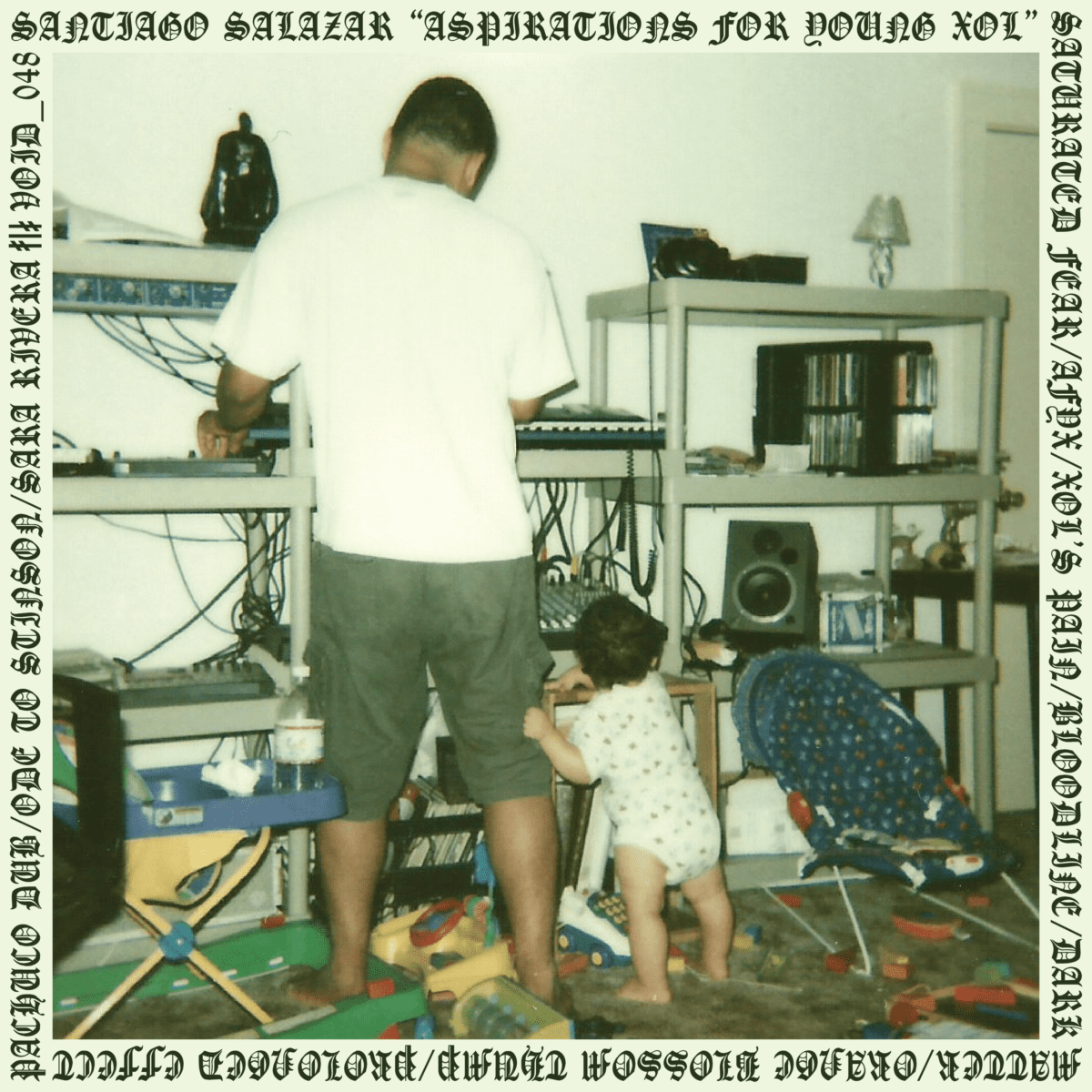 “Home is where the thump is.” That’s the old saying if you’re Santiago Salazar – the California-based techno legend that’s been making waves for over a decade now with his signature synth chops and buoyant bass bumpage. Releasing music for labels such as Underground Resistance and Historia y Violencia, Salazar has not been one to shy away from making an impact on the dancefloor, but his latest album is self-reflective and intimate, while maintaining a steadiness that he’s known for with his productions.

“Aspirations For Young Xol” is an introspective album that takes us through Salazar’s life from the suburbs of Los Angeles and hones in on the peaks and valleys from then to now in scintillating fashion. The album is out currently via digital on New York City label Pastel Voids, which will also being doing a cassette release in accordance with the digital rollout. Check out “Pachuco Dub” – a powerfully positive vibe shower of a track from the album below.

Aspirations For Young Xol is out now, order a copy from Bandcamp.