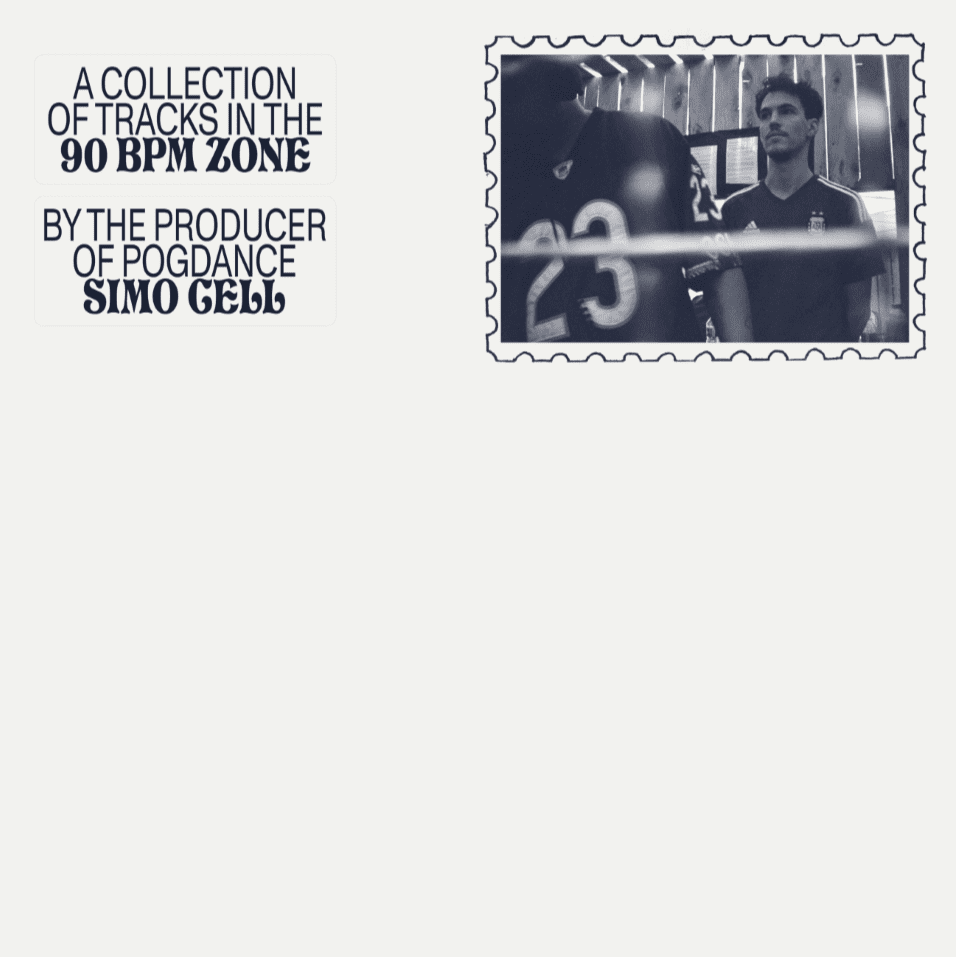 After a standout debut appearance on the label last year, Paris-based producer Simo Cell returns to BFDM with his new five-tracker, ‘5 Party Mix‘, due out early October. A polyamorous blender of styles, this second 12″ for the Lyon-via-Marseilles operated imprint mashes and mixes a wide span of influences and audio sources, hugging the bend between techno, breaks, dub, dancehall and Bristolian bass meanders with further expert precision and repeatability. One to cement the Frenchman’s reigning position as one of the deftest shots to roam the clubs these days.

If you hadn’t understood yet, Simon has proven to be a knowledgeable football fan, and after his nod to Paul Pogba on his previous instalment (‘Pogdance‘), it’s the turn of Barcelona legend Leo Messi’s to give his name to a Simo cut. Our premiere, ‘La Pulga‘ (titled after the nickname of the Argentinian player) is a purebred reggaeton workout that oozes a fine mix of unbridled sexual tension and steamy exotiqueness. With its syncopated drum programming beating an irresistibly dancy cadence and chopped-up vox restlessly whirring up the crowd, the track promises to bring dancefloors to a simmer by the shovel load. Nasty, come-hither banger all the way.

5 Party Mix is released via BFDM on 8th October, pre-order a copy from Juno.

A1. Uranium
A2. BalandBeat
B1. A Wink Gone Wrong
B2. La Pulga
B3. The Terrible Effect Of Purple Drank

Discover more about Simo Cell and BFDM on Inverted Audio.