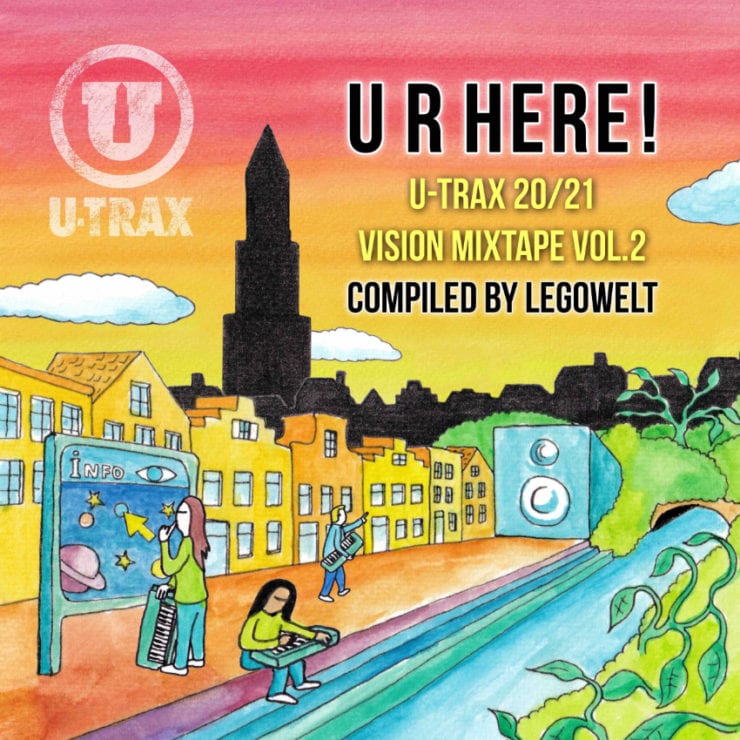 Danny Wolfers aka Legowelt is one of those artists who should be familiar to those with even the slightest interest in underground dance music. Under innumerable aliases, the prolific Dutch producer has been releasing records since the nineties and is one of the most beloved synthesizer enthusiasts around.

Wolfers connected with U-TRAX label head, Richard van der Giessen at ADE 2018. The pair talked for an hour at Rush Hour before the latter realised he was speaking with Legowelt, whose work he admired. Wolfers had been a fan of the Utrecht label in the nineties, even submitting his first demo to the label during that period. Unfortunately, the tape never made it to the imprint and U-TRAX went on a 21-year hiatus in 1997.

‘U R Here! U-TRAX 20/21 Vision Mixtape Vol. 2’ celebrates this mutual respect and the collaboration that could have been, offering Wolfers the chance to revisit some of his favourites from the label’s archives. His compilation covers a broad range of material, but our pick is ‘Sonar Base 6’ by Sonar Base. The track’s otherworldly atmospheres and distorted 808s now feel like cold retro futurism, but during the nineties, must have sounded like next century Drexciyan electro.