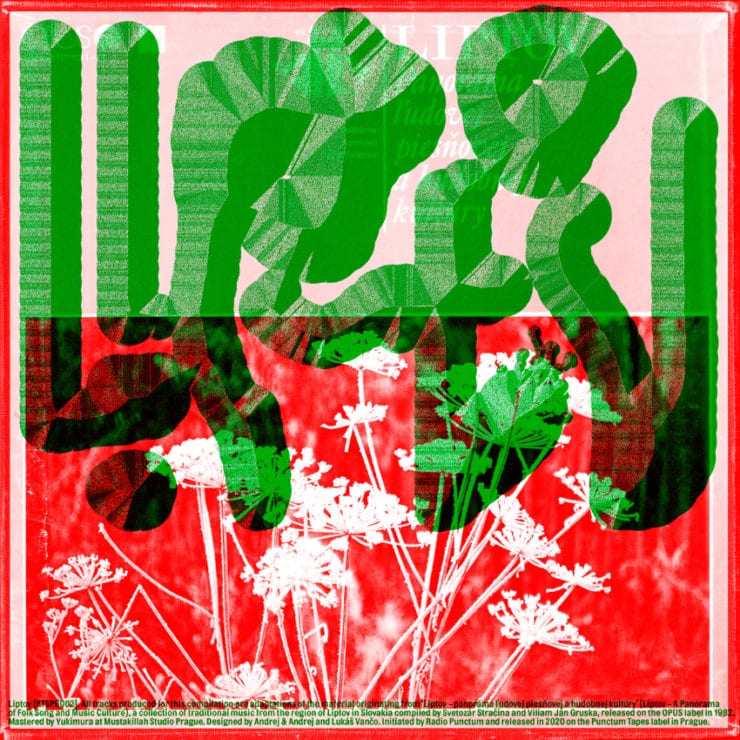 Prague’s Punctum wears a coat of many colours: be it radio station, events space or the Punctum Tapes record label, the collective’s efforts are spread across a plethora of guises, all crucial within the Czech underground electronic scene. ‘Liptov‘, the next release from the collective, is a celebration of their shared cultural heritage, their community of musicians and friends, and the quality of the experimental music scene bubbling away in Prague.

12 tracks deep (including digital exclusives), the music contained in ‘Liptov‘ stems from an album of traditional music from the self-named area in Slovakia, twisted and reworked into unique works by valued figures in Prague’s music scene including Oliver Torr, Nina Pixel, and Exhausted Modern. With the vinyl package coming wrapped in a custom-designed sleeve, itself a remix of the artwork found on the original record, this album is set as a landmark record for the Czech/Slovak music scene, past, present, and future.

Trauma’s track, ‘The Village Has A Warlock‘, undeniably gaining occult force from the title, is the darkest and most potent of all on offer, with the producer doubling down on the dread instilled by the name alone. The use of warped vocals are like an incantation, stretched out over a black mire of doom-soaked atmospherics until distortion sets in at the frayed edges. Set out over a slow pace, Trauma’s control of his materials is shown here in full, punishingly drawn-out style; an exemplary piece of music recreated from an unimaginably different starting point.

‘Liptov’ is scheduled for release 12 February via Punctum Tapes. Order a copy from Bandcamp.