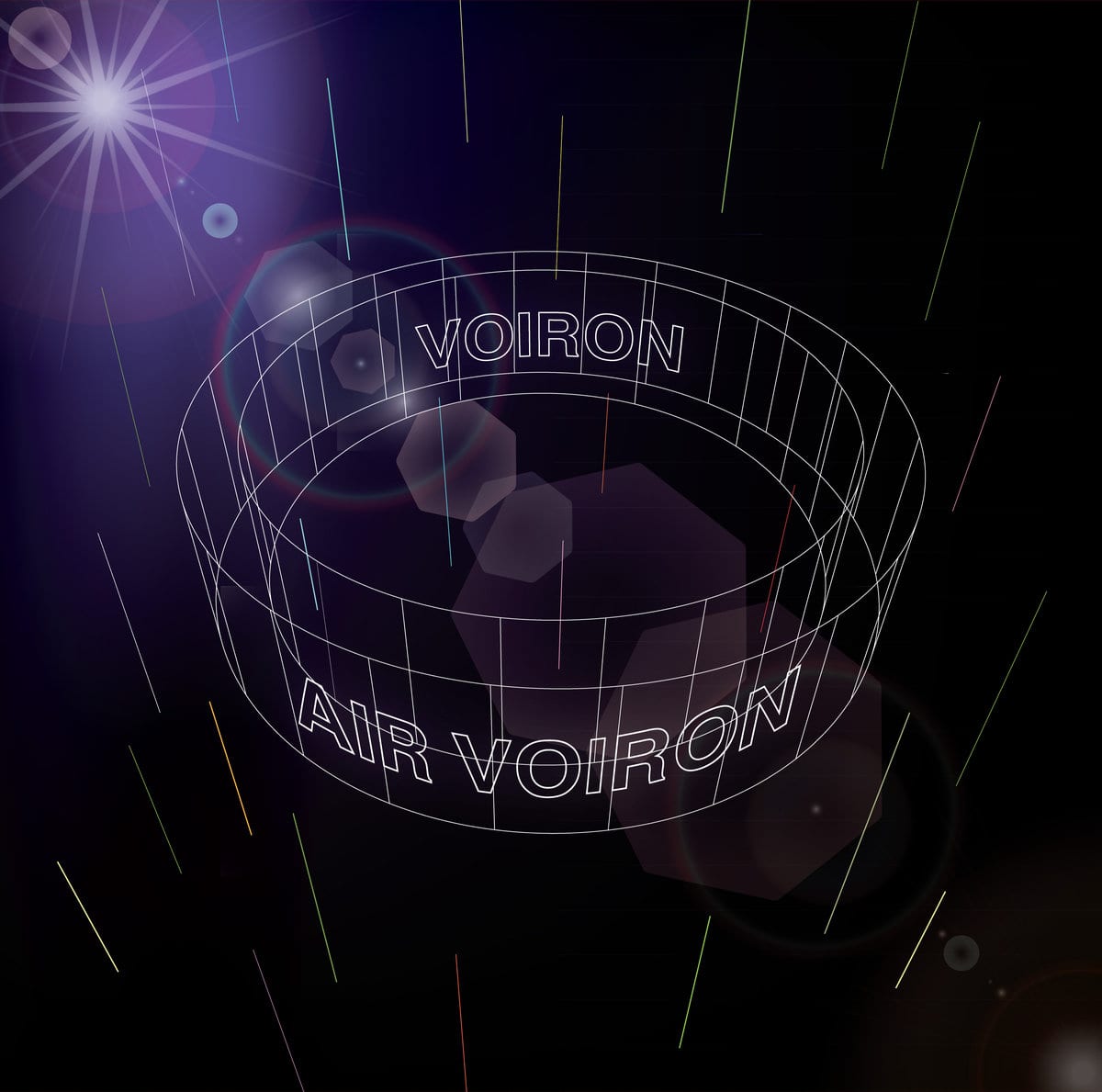 Expert merchants of dashing electro, retro-laced synth music and arpeggio-driven groove’o-logies, the paths of French producer Voiron and Paris-based imprint Nocta Numerica seemed bound to converge, and successfully did so in 2016 with their debut combined effort, ‘Voironizer‘. Following up straight in the footsteps of its predecessor, ‘Air Voiron‘ is announced for landing by 7th January.

After years of steady-going releases on the likes of One Eyed Jacks, Craigie Knowes, Rave Or Die, Concrete Records and Cracki, Voiron’s tirelessly expanded his vision to further compelling and eclectic heights. Merging burning whorls of jacking rhythms, epic breaks, raging 303 and soaring synth tides through a glitchy matrix of sorts, the EP’s packed with enough dynamism and energy to uplift dancefloors to a raving nirvana in just a few apt and timely brushstrokes.

Our pick, the title-track ‘Air Voiron‘ is one to send you into orbit far away and into the greater void, where pulsars spit antimatter and white dwarfs slowly collide in a riveting ballet of radiant explosions. Meshing a tender and mellifluous character – think crystalline chimes and textured pads a la Bochum Welt – with stadium-sized seesawing bass surges and loud shuffling drums sealed with a ’90s rave-y cachet, Voiron’s multi-faceted melter shall make the most impact at sunrise on a rooftop, when the ball of fire stretches its chromatic tentacles past and across the busy skyline.

Air Voiron is released via Nocta Numerica on 7th January, pre-order a copy from Bandcamp.

A1. Kylian Mvoiron
A2. Air Voiron
B1. League Of Voiron
B2. Voirongate

Discover more about Voiron and Nocta Numerica on Inverted Audio.