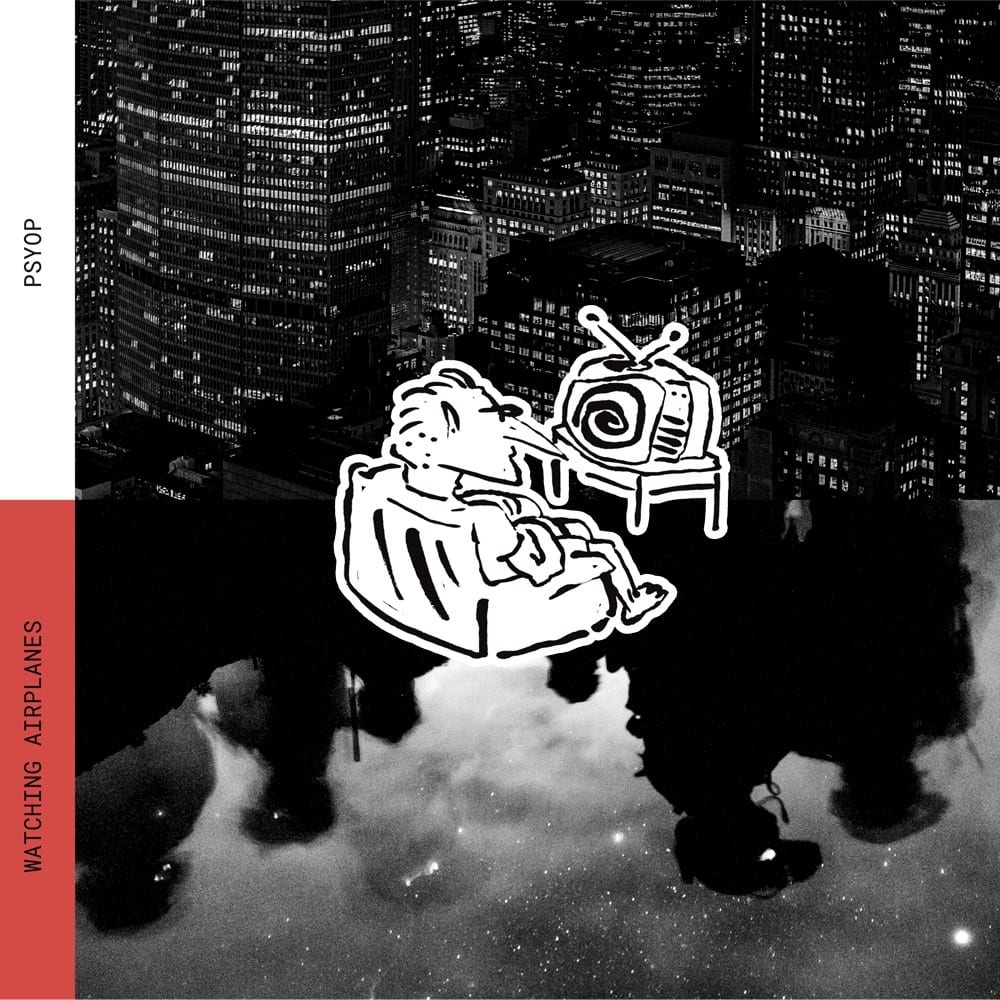 It’s undeniable that the local French scene is going as strong as ever, from Lyon to Paris via Brest and Marseilles, it’s also true about its expats. Both French-born imprints operated from abroad, Banlieue Records and Peur Bleue respectively made Berlin and Peckham their playground, and the two offshore ventures are now joining forces to bring you an exciting debut double 12″ package courtesy of London-based production duo, Watching Airplanes.

A multiversical assemblage of overheated electronics and paranoid jungle-tech hybrids, ‘Psyop‘ finds the pair delivering a solid four-sided batch of shape-shifting grooves and genre-busting dancefloor oddities. Like the sonic equivalent to a time capsule exhumed from some Ballardian dystopia (think High-Rise), the album is quite accurately presented by the labels as “an intense journey in the murky world of psychological mass conspiracy“.

Our premiere, ‘$ystem Of Persuasion‘, is a pure UK sound affair. Driven by a rousing 2-step swing, the track puts on offer a hypnotic mashup of bleached-out garage and sleek dubby rhythms, as a finely woven interplay of percussive bubbles, whispering voice over and subtle glitches blurs the line between straightforward danciness and a further intricate multi-branch sound design. Stretching its tentacles from deep down the world wide web’s darkest recesses into the most buoyant organic scapes, this one’s sure to get your hips swaying and feet shuffling right away.

Psyop is released via Banlieue Records and Peur Bleue in April, pre-order a copy from Juno.

A1. Saboter La Machine
A2. All Seing I
A3. Dancing Drones
B1. Ekranoplan
B2. Contraila In The Skies
B3. Fight Or Flight
C1. Oopay
C2. $ystem Of Persuasion
C3. Spaceship To Kalunga
D1. Inside Job
D2. You (Realist)
D3. Storm Clouda Are Gathering
D4. A Grandiose Exit