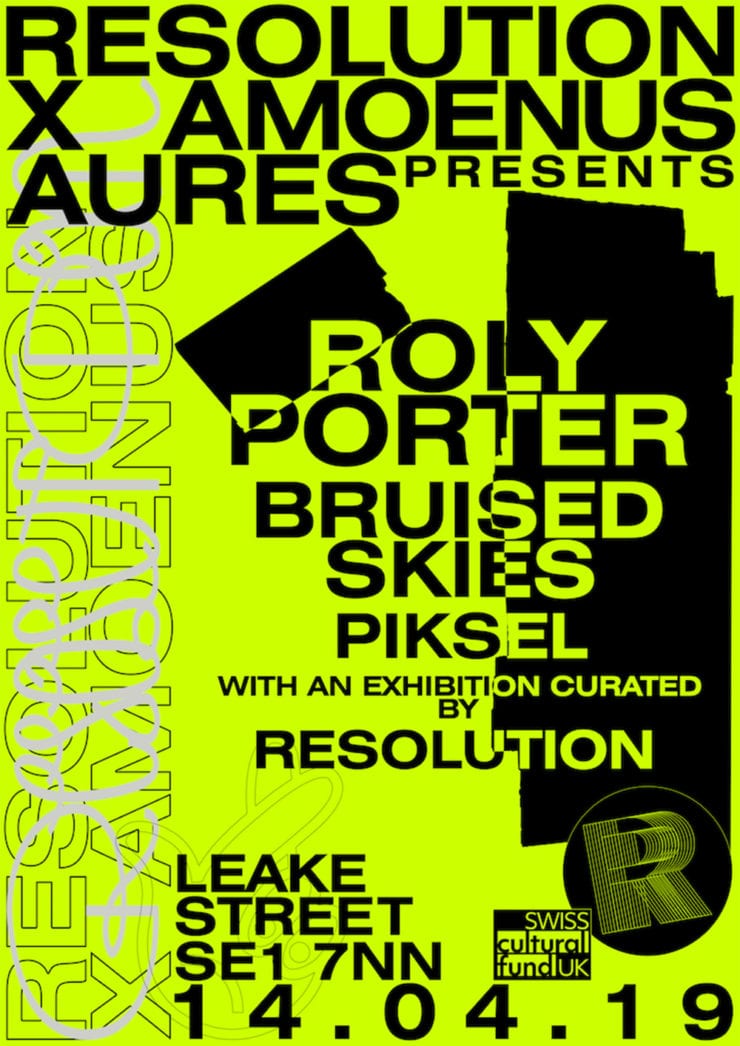 Following previous performances at Berlin Atonal 2017 and Georgia’s 4GB Festival in 2018, Roly Porter steps up to present his first live show of the year in collaboration with Resolution.

Renowned for his visceral approach to experimental and avant-garde music, together they will transform Aures into an all engulfing immersive dimension, where sound exists without preconceived ideas or rules. Bruised Skies and Piksel join in on the event, further submerging the audience into the A/V experience.

Resolution will also be presenting two Daphne Oram pieces as part of the exhibition, courtesy of the Oram Trust. These will be diffused by Joy Stacey especially for the 25 channel audio system at Aures. Oram’s work is groundbreaking and helped pave the way for modern electronic music as we know it. Resolution will be presenting these pieces as they’ve never been heard before.