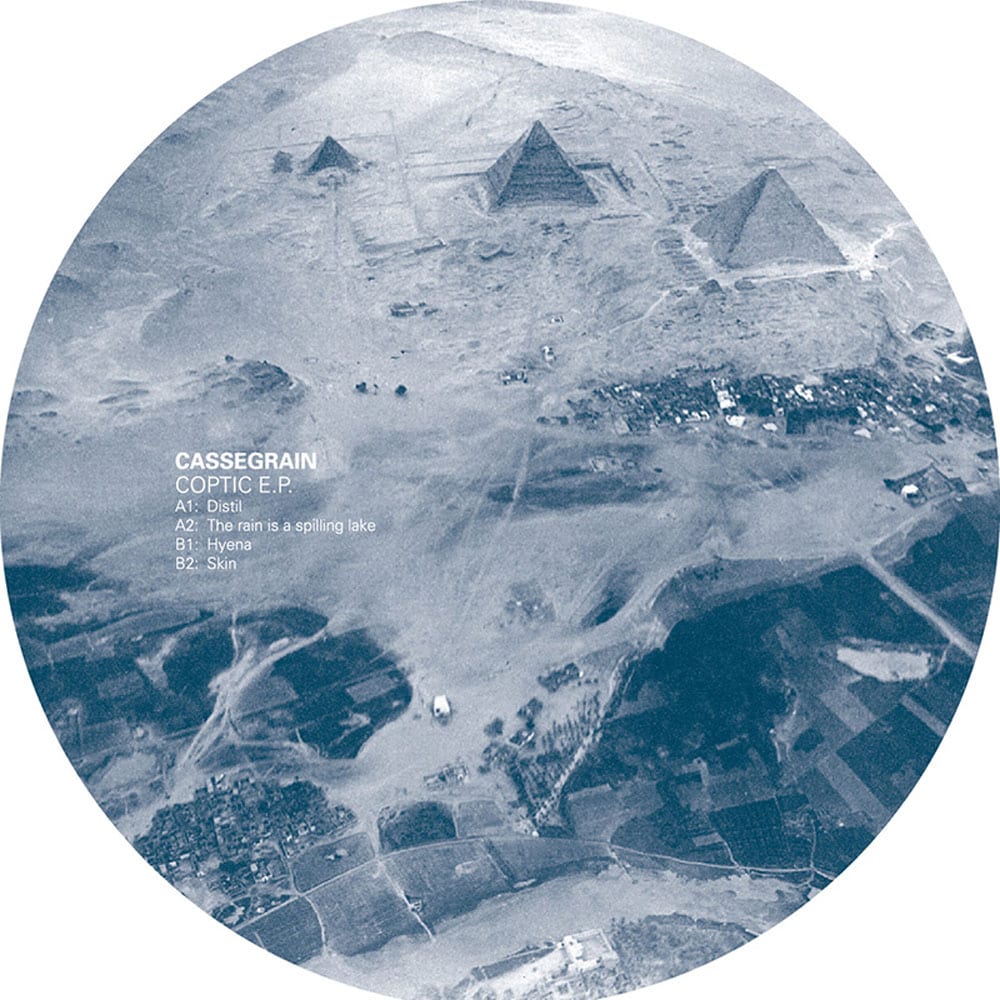 The third release proper (and second for esteemed Munich-based imprint Prologue) from Alex Tsiridis and Hüseyin Evirgen refuses to renege on their exploration of the darkest & most claustrophic recesses within contemporary techno. But there’s also diversity – side A (‘Distil’ and the wonderfully-named ‘The Rain Is A Spilling Lake’) experiment with broken and unpredictable percussive structures (the latter using a decidedly wonky 9/8 time signature, I’m assured by the producers themselves) while the two tracks on side B (‘Hyena’ and ‘Skin’) occupy the more familiar peak time Prologue territory of clattering, cavernous 4/4.

Recent Stroboscopic Artefacts material would serve as an obvious tonal touchstone, all warped resonant noise, gritty mechanical churnings and panoramically manipulated reverb a constant thread running throughout this, and indeed Cassegrain‘s previous, EP. What sets their four latest offerings apart, though, is the masterfully-controlled clarity of their sound design. Despite palettes and arrangements that are resolutely minimalist, no element rests in one place spectrally or temporally for very long, serving to disorientate the mind as much as impel the feet.

All four tracks are certain to find a loving home in the box of a diverse panoply of DJs, which is perhaps proof enough that Cassegrain have begun to approach that most precious of things within techno – the ability to fully and confidently explore rhythmic and timbral diversity without ever sacrificing a singular narrative that speaks as their own.