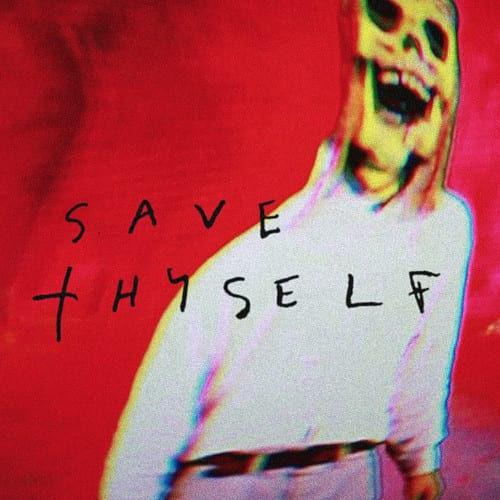 Clarence Clarity belongs to another realm; a planet in the future, where entertainment is king and God isn’t the saviour anymore, salvation is for the self determined. Believe your own hype. Whilst sources claim south London as his home, exotic eastern touches abound on his debut release for 37 Adventures, a new label sprouted by the A&R bods behind 679 Recordings, possibly to inject a new sense of vigor and hope into this decade, in the same way 679 cast a daring shadow over the noughties.

After the waves of opener ‘The Wow‘ have subsided, a jazzy beach landing of an introduction, a whirlwind of melodic noise gets channelled into a lilting minute, before flushing the listener headlong into a joyous aural swamp, ‘Alive In The Septic Tank‘. A track so busy an asteroid belt looks lean in comparison, Clarity coughs and exhumes the shimmering corpse of Michael Jackson circa ‘Remember The Time‘ and sets it spinning on a beat fervently out of kilter. His croon is rusty, yet elastic often blossoming into a deft falsetto. It trades blows with a chorus of hope and fear that eventually resolves into some sultry universal truths blurted out against a sighing cacophony of vocals, demented oriental recorders, sliced and slotted together like a dirty carpaccio with dollops of silky bass fuzz that bind it all as one.

‘The Gospel Truth‘ is a further step into this murky exciting netherworld, the croon of before gets sent up, as Clarity slowly cranks up the pressure in a disease fuelled diatribe. The beats hiss and whirr in heated disarray, the overall atmosphere is languid, distorted, Ulysses tied-to-the-mast tuning into the sirens whilst heavily sedated. The payoff is there, when everything is stripped back into a pure groove, feverish mantras hurtle through your skull in a erectile ascension.

If that wasn’t enough of a finale, the actual parting shot ‘The Crux‘ brushes you past these fanfare horns that feel like an rainy orchestra, before the tune settles down into a brisk pace. The lyrics, I can’t really decipher. The whole thing collapses into a heap that smells like heartbreak, before dusting itself off and scarpering. The synth lines evoke the high octane energy of HudMo, Rustie et al, whilst the drums splutter and crack in blurry symphony with glorious pop melodies.