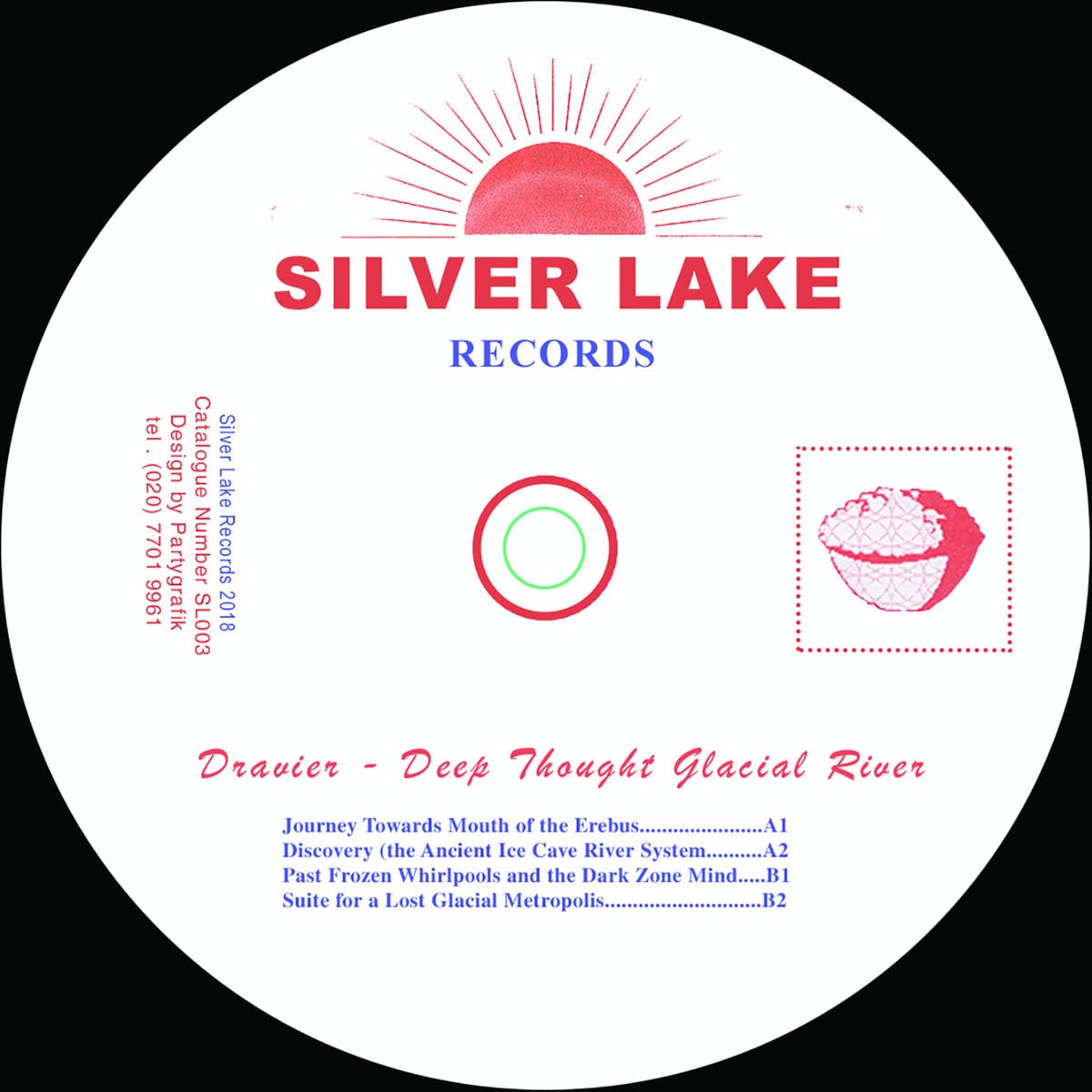 Co-founder of the ever hyperactive (already five releases in 2018) Seattle-based imprint Jungle Gym, Caleb Dravier – best known as Dravier –  has steadily established his label at the forefront of the North American underground scene whilst carving out a lane of his own as a producer.

Heir of the Washington state capital’s idiosyncratic DIY approach to music-making, Dravier made a name with his oneiric lo-fi house blends, navigating the chasms between atmospheric fluidity, heavy sampling, newfangled electronic potentialities and warped instrumentals marked with the patina of time, as beautifully asserted by his latest effort on X-Kalay’s offshoot Silver Lake.

Born from a recurring dream he made before putting the first touch to the tracks – involving “an expedition that leads into a glacier where an ancient ice metropolis lies“, ‘Deep Thought Glacial River‘ casts its net far and wide; meshing bleached-out exotica with subdued prog folk tropes and teeming beds of organic noises to create a riveting sound fresco.

The 12-minute long opener, ‘Journey Towards Mouth of the Erebus‘, holds several worlds at its heart; succesively offering moments of inner joy and exalted melancholy, it is a narrative triptych that unravels. While the first movement makes for a subtle compound of latin-infused rhythms, blunt guitar chords and pizzicato basses – and a bewitching icebreaker (pun intended), the second operates as a beatless interlude before ukulele-like string loops seal the deal.

Almost as lengthy, ‘Discovery‘ is an extended descent into glimmering tunnels and chimey drifts, spreading its precious motifs over 10 minutes of tape-saturated bliss. Flip the record over and the vibe gets further exhilaratingly symphonic. B1 could be the modern reinterpretation to a medieval poem, heaving its polyrhythmic interplay of textures and melodies into immaculate spheres of musical utopianism.

Looping the loop on a high note, the arresting ‘Suite for a Lost Glacial Metropolis‘ delivers a thrilling concert of feels; from a first half by way of awe-struck incipit onto its second part, which trades the opening sequence’s meditativeness for a pacey forward thrust into lushly landscaped phreatic waters. A compelling listen from start to finish, ‘Deep Thought Glacial River‘ confirms the sensation perceived on his recent outings. From a hard-working vibes merchant, Dravier has grown into a captivating soundscapist, and this EP assuredly sits as his most accomplished work to date.

A1. Journey Towards Mouth of the Erebus
A2. Discovery (The Ancient Ice Cave River System)
B1. Past Frozen Whirlpools and the Dark Zone Mind
B2. Suite for a Lost Glacial Metropolis

Discover more about Dravier and Silver Lake on Inverted Audio.