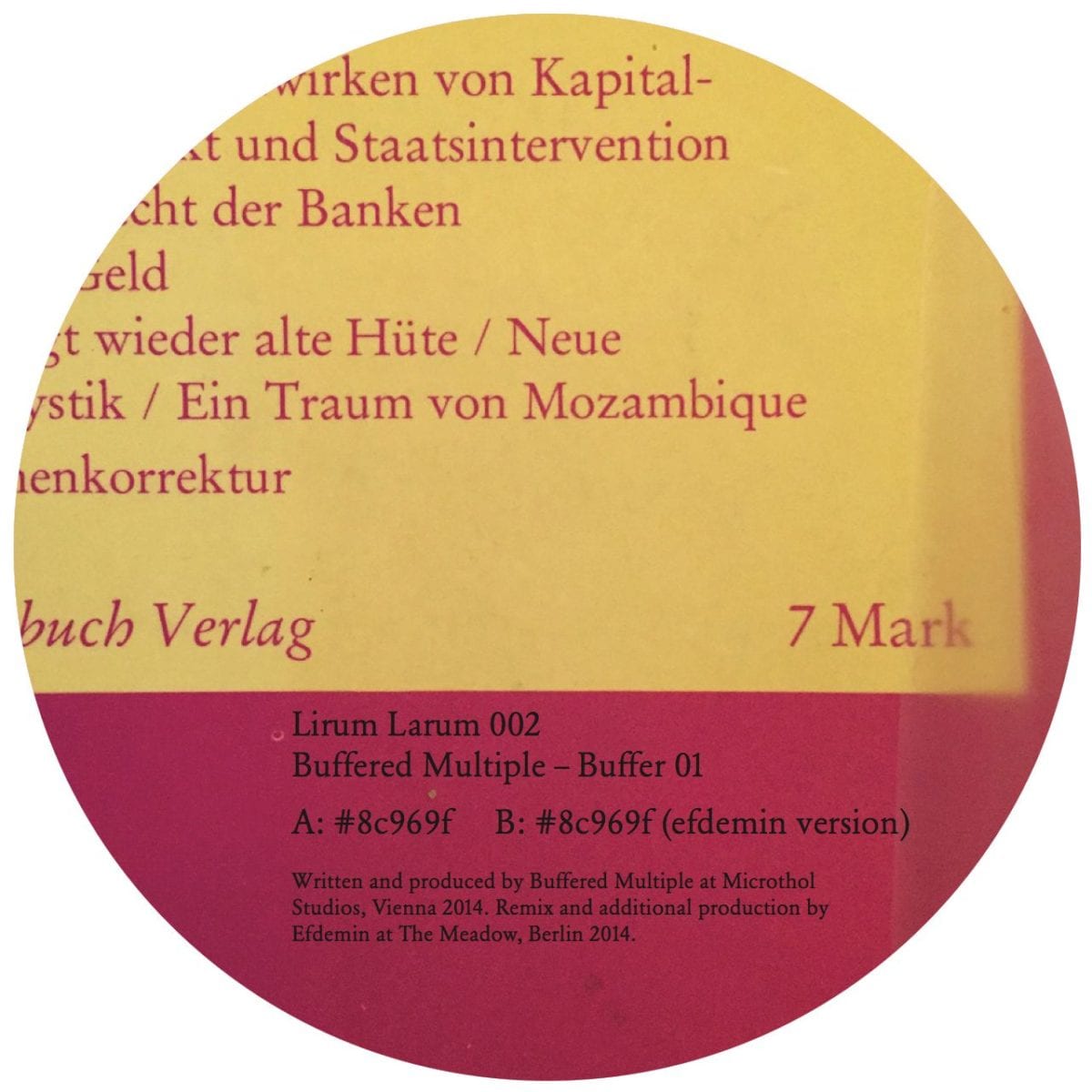 It was about time but Efdemin finally returns with his Berlin-based outlet Lirum Larum. Three years after the christening release of Pigon’s ‘Kamm Interpretations’, the label resuscitates and is now set to welcome Vienna’s duo of producers Buffered Multiple as its second guest.

Buffer 01 is the first of two EPs to be released on Lirum Larum by the Austrian fellows. As a big fan of the duo since he first heard their track off the 20 Years of Pomelo compilation, Efdemin himself hops in for a treat and delivers a solid take on Buffered Multiple’s modular techno.

‘#8c969f‘ is playing with curves and will make you sway your hips instantly. Rapidly developing into a proper analogue killer for dreamy rooftop parties and azure skies explorations, the track unfolds a true richness in its textures and a quite impressive depth. Summer jam!

Turning the more fluctuating original into a fast-moving dancefloor scorcher, aqueous as ever, Efdemin once again proves his subtlety and ability at remix duty. The track unfurls like a 6 minute long roller, the liquid bass not letting loose on you till the track is over. A superb variation and the exact kind of club shocker to kick off the summery season with pure class.