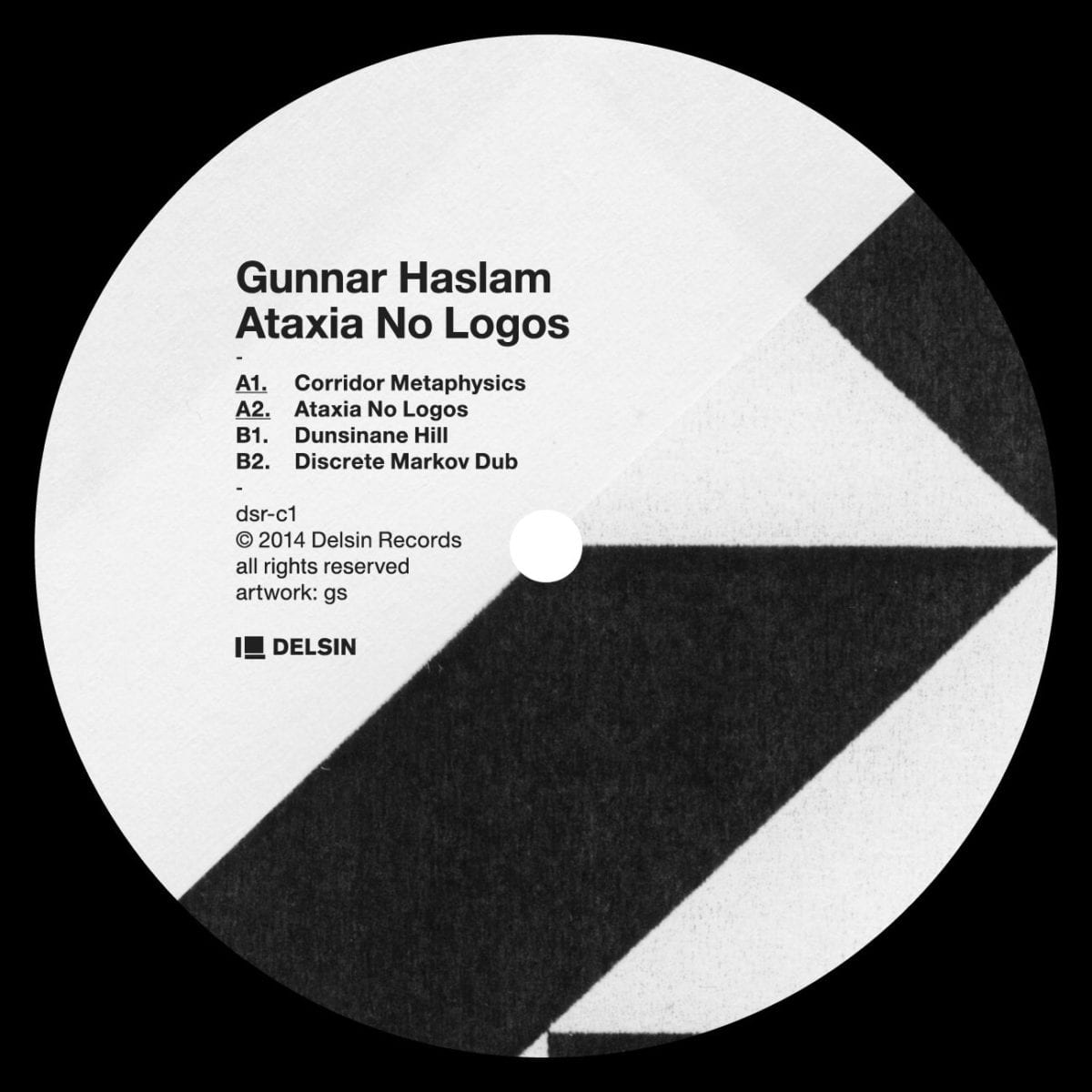 According to common experience, a young producer generally starts by delivering a string of EPs before jumping to the long length format as a logical improvement of his production skills and density of work. Gunnar Haslam opted for a different approach. Instead, the man released his debut LP ‘Mimesiak’ on L.I.E.S. in the summer of 2013, an album that paradoxically felt like the perfect springboard to tighten his sound up to the essential, quietly foreshadowing the records to come.

One year later, the Haslam recipe remains globally unchanged. The main contrast lying in how “Ataxia No Logos” draws away from the off-kilter structures of Mimesiak, instead leaving the place to a rather clinical, warmly polished groove with every note feeling like it fits exactly where it should, melodiously speaking. The fact is Haslam isn’t the kind of musician to rope off the territory he allows himself to explore either, rather deconstructing codified genres to re-build them in his very own grammar.

Shifting from downtempo rhythms to 4/4 huskier patterns, then injecting some hard-shuffling beats here and there to steel up the whole, Haslam juggles quite superbly with very different clays to cement a sonic identity that keeps swinging from a very opposite end to the other without losing that little spark that makes all the difference in the end. From the revolving groove and languishing strings of ‘Corridor Metaphysics‘ to the dark intensity of ‘Ataxia No Logos‘ bass lines, Haslam thwarts the risk of setting up a series of bare imitations to propose new destinations. ‘Discrete Markov Dub‘ may be the most danceable tune of the EP in terms of tempo and mood, without a doubt the most responsive to dance floor material expectations, that’s exactly why it doesn’t end up being the most interesting track of the whole. Haslam’s sound is definitely more of an open letter to its listeners than an answer to their calls.

Despite their dissimilarity, none of the four tracks ever feel clapped-out, neither the imagination of the producer seems to run dry. It’s a fine balance between an impeccable execution and emotion Haslam manages to keep up all along. Take ‘Dunsinane Hill‘, the track is reminiscent of a John Roberts’esque atmosphere, progressively faking a coming climax before suddenly dissipating into a smoke screen of echoes, starting over the same embryo of a track over and over. Past the frustration of that long-awaited climax eternally aborted, it’s an endless ocean of possibilities that seems to contract and retract by turns.

The success of this EP lies less in Haslam’s sense of producing instant killer tunes than in his ability to build a cohesive yet flexible block of music out of apparently diverging sonic geometries. A polychromatic ensemble of various musical perspectives giving on broader horizons, beautifully gathered in Haslam’s very own series of dance floor alternatives. Both curiously languid and fast-paced, hot and cold, Ataxia No Logos resists easy interpretations and judgmental approaches by simply remaining an evasive object of musical desire. The epitome of sexiness.

‘Ataxia No Logos’ is out now, order a vinyl copy from the Delsin web-store here.

Discover more about Gunnar Haslam and Delsin on Inverted Audio.