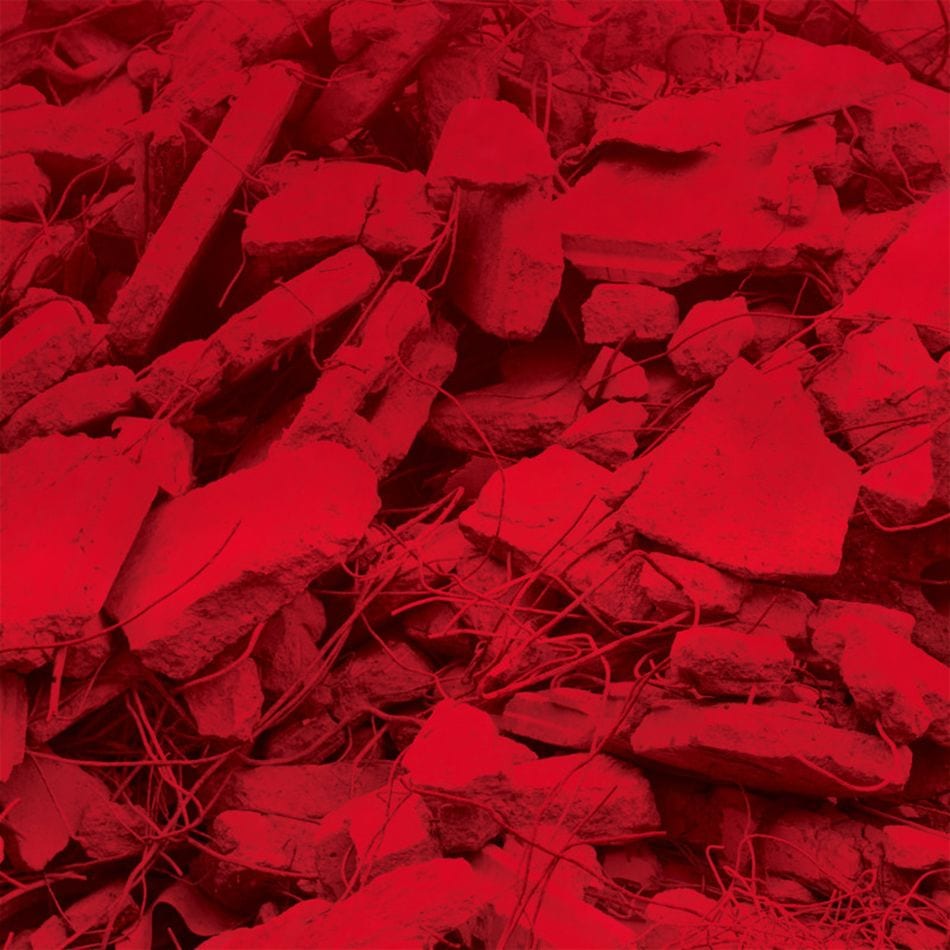 Artists build their signature sound for years on end and usually hold firmly to their achievements. Jam City left his comfort zone and chose to explore new territory on his second album Dream A Garden. Such groundbeaking shifts occur very rarely especially in the club scene. At the same time, every keen follower of Jack Latham’s career must have noticed the build-up to this revolution in his Earthly mixes or his Boiler Room appearance in Madrid. They all indicated the Londoner’s fascination with dancehall, vintage pop and left-field r&b. Many argue that Dream A Garden encapsulates a rejection of Classical Curves. I would disagree. If we release ourselves from the rigor of tempo and genre, we will understand Jam City’s second LP as the next step in a coherent evolution of his aesthetics.

The political hype around Dream A Garden unquestionably biased the way in which we now perceive Jam City and his new nine-track LP on Night Slugs, the label he’s been loyal to throughout his spectacular career in the underground club scene. Recollecting Latham’s shaky live debut at last year’s Unsound Festival where he threw around roses in front of the stage before his show, you could expect the emergence of something truly special. As you listen to Dream A Garden, it seems impossible to believe the LP came from the same producer who crafted the neon banger Aquabox back in 2011. The new album is by all means a political piece of art, a rarity in contemporary music which usually escapes ethics and dives instead in a free-fall hedonism. The record’s cover shows the remnants of a wall all in red. This may be interpreted as the color of blood or one associated with the political left. In any case Jam City dropped his anonymity and stepped up to candidly speak out against hostile capitalism, the status quo and the drama of life in a post-crisis world.

The lead single Unhappy is visually reflected by a memorable video where Latham strolls through modern day streets, presumably in London, all lit up with carnivorous billboards attacking the senses from every possible side. I know you’re not certain / And we share this nightmare in a blue room / But I know you’re not so cynical / And you don’t sleep like your friends do. The lyrics of Unhappy read like a call to action for those of us who refuse to follow the blind herd mentality. It’s an invitation to be naïve rather than jaded. The manifesto appended to the release states: They want us to be sad / They want us to be selfish / They want us to be unhappy / So we dream a garden, its weeds quietly gatecrash this world. Jam City’s unsettling words find a logical continuation and final message in the beautifully ethereal closer Proud. The track’s warm amicable chords and slow celestial pace indicate that a revolution is inevitable but rather than through physical force it will happen as the aftermath of a conscious insurgency within our minds.

With so much focus on the political ideas of Dream A Garden, it would be a disgrace to ignore the significance of Jam City’s novel sound. Back in 2012 the ferociously mechanical and futuristic world of Classical Curves was often contextualized as the musical soundtrack and aesthetic child of the accelerationist movement. Latham’s sound back then was complex but at the same time very straight-forward. This time many fans of the artist may feel disappointed with the fragility and detachment of the alt-pop within Dream A Garden.

The LP is dominated by guitar-driven interludes like Damage or Black Friday that seem rather escapist. This inertia is interrupted only briefly by the gripping electro of Crisis where Latham’s voice finally comes to the fore or the brutalist boulder of A Walk Down The Chapel – the only 4 / 4 track on the release. This deals a blow to Jam City’s fervent manifesto and the high expectations that preceded his new album. Good Lads, Bad Lads, another quasi-interlude, sounds like slow motion debris that didn’t make the cut to a Sade or Prince album from the eighties. The output of both iconic artists, especially the latter, must have informed and deeply influenced the turmoil of Jam City’s new aesthetic.

You may picture Jam City as a bona fide heir of the mentioned legends and he’s certainly on the verge of reaching higher ground. As one of only few true visionaries in the contemporary underground Jack Latham finds the courage to swim against the tide and he tries to confront the cynism of the music industry. Nevertheless, the reserve and normality of Dream A Garden render it an unsatisfying outer by-product of Jam City’s inner shift. The ideas are fresh and daunting but ask this incredibly talented artist to further shape them into a body of cohesive new aesthetics. Fruits of this process are yet to ripen.

Dream A Garden is out now on Night Slugs, order a vinyl copy from their web-store.