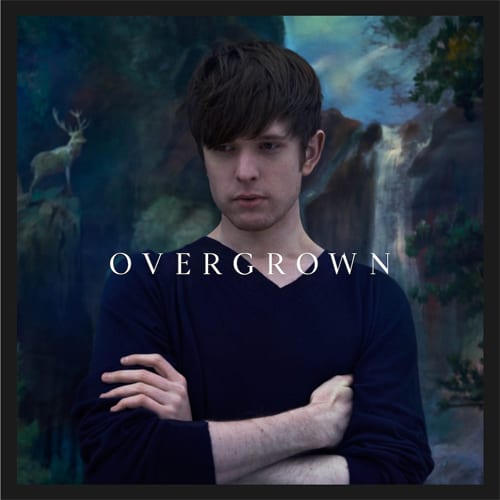 In the few short years that James Blake has been releasing music, a handful of adjectives have been difficult to avoid. Ever since the hushed, unsettled dub’n’vocal experiments of his Hemlock debut ‘Air & Lack Thereof‘, a staunch and self-conscious effort to explore sounds unheard to the young producer has been very apparent. With the wide-eyed investigative interest of a child exploring new textures and technological possibilities, the classically-trained pianist brought his acute sense of harmony and space to the already vibrant dubstep scene in London in the late 000s, traversing it with what many remarked to be new ears. Blake’s originality, whether in its literal achievement or headfirst pursuit, had to be taken into account.

The North Londoner has now amassed an impressive body of work since his 2009 introduction. With seven EPs and two albums, as well as numerous singles, remixes, and collaborations, the producer has continued to explore what has very much become a signature sound, often immediately recognisable, as well as (perhaps too liberally) imitated. But it’s the combination of those first two adjectives – original & prolific – which give rise to the more impressive feat pulled off: the diversity shown in the releases thus far has rarely been paralleled in the past few years with such attention to a core aesthetic. Certain aspects of the tone, atmosphere, structure, and harmonic content are consistent in some way in each track, and with Overgrown, the evolution of Blake’s sound takes an interesting twist.

Upon first hearing the album’s lead single, ‘Retrograde’, a few months ago, it was easy to react in a similar way to fans unimpressed with the singer-songwriter direction of 2011 debut LP James Blake. Clean, largely unprocessed vocals high in the mix; many of the hallmarks of ‘mainstream’ production values breaking through; the album artwork featuring a moody Blake lit dramatically against a numinous, stag-guarded mountain backdrop… But beyond the valley of the amorous and wistful, within the context of Overgrown as a whole, the single begins to make sense.

Overgrown is, in comparison to its precursors, clean. It features a much higher production value than any of Blake’s earlier work, and it’s not difficult to imagine why. His success thus far has opened many doors (those of Kanye West included), and the record sounds like he’s used some impressive mics, preamps, compressors, etc., and the immediate effect is that of a mainstream cleanliness (compare one of these tracks to, say, ‘Klavierwerke’, on which Blake apparently recorded sounds almost exclusively with his MacBook microphone). But the conscious imperfections remain – listen to the rhythmic, lo-fi shuffling and digital pops on ‘I Am Sold’, or the noisy beat on R&B weird-out track ‘Life Around Here’. If critics are likely to be warning fans that Blake has moved too far towards the mainstream, consider this: listen to Overgrown as a pop record, and try to deny that it’s probably a game-changing effort.

James Blake moved with a certain dynamic elegance from track to track, and Overgrown achieves much the same. The titular opening track, with its sultry, hushed vocals, minimal flicking bass line (with some pitched-down hint of ‘CMYK’s’ opening bleep?) and minute hats has all the appearance of some punchy, urgent dub strain of pop. It builds into a string-laden, horn-riding paean that descends amidst crisp percussion and oddly esoteric melodic lines. It’s followed, in what presents itself as an opening triptych of sorts, by ‘I Am Sold’, with its delicate vocal line and subtle, plinking chord work, building tension towards a reverb-dripping release. The third is the aforementioned R&B-quoting number ‘Life Around Here’, which begins with a cathedral-wide synth arpeggio expanding on Blake’s familiar synthetic textures – thick analogue sawtooths and square waves with popping attacks – before disintegrating in a skillet of bitcrushed distortion.

We then move to the record’s first collaboration, with ‘Take A Fall For Me (featuring RZA)’. The Wu-Tang rapper’s ominously smooth lyrics are interweaved with Blake’s own choral production and a discordant three-chord progression, on a track that appears to be adapted from a cut first aired on his 2011 Radio 1 Essential Mix, then titled ‘Olivia Kept’.

Following ‘Retrograde’, another gospel-tinged exploration of Blake’s stylistic tendencies, the record’s dynamic approaches a moment of calm. It’s dynamically similar to the track following James Blake’s ubiquitous ‘Limit To Your Love’, ‘Give Me My Month’. In this case the song, ‘DLM’, is a shrewdly written gospel-rooted piece centred on piano and multiple overdubs of Blake’s vocal, with subtle modulations to 7th chords and minimal percussion (is that a foot tapping?).

Indeed, percussion is perhaps a shortfall in Overgrown. At several points, the hits, kicks and hats seem rather too static to catch the ear or draw impressed remarks. The stock clap in ‘Retrograde’ inhabits the 2&4 like some tightly compressed squatter, serving mostly to demonstrate the fluctuation in the vocal line’s placement in each phrase. Blake has emphasised an admiration for productions that centralise the vocal and allow the instrumental to flow around it, but in a few cases on this record, the percussion is a rigid cage.

Genre is another interesting question in Blake’s productions. Most recently, he’s reportedly calling it ‘melodic bass music’, which is perhaps the tidiest and least pretentious way of putting it. However Blake’s music features tropes picked from far and wide. It’s no bad thing; what’s important is mediating the spectrum between the conventions a listenership is comfortable with; and the exact opposite. This is one of Blake’s particular gifts – an acute ear for musical tropes and conventions, coupled with an ability to tastefully combine them in unusual, idiosyncratic ways. Overgrown may appear on first listen to be a wild mish-mash of Blake’s interests and influences, from gospel and early R&B to nu-soul; dub classic and of the post_step varieties to house music edging towards (uh-oh) EDM on ‘Voyeur’, (the dub version of which constituting the debut single on the producer’s own imprint, 1-800-DINOSAUR). However, aspects of Blake’s own personality and style permeate it in its entirety, and on consecutive listens the album establishes itself as a peculiarly complete piece, a survey of the artist’s progression so far.

This progression through various realms of minimal and ambient music leads us to the Brian Eno-produced ‘Digital Lion’, released as a single a few weeks ago. An important progenitor of ambient music, Eno brings a surprisingly dense and developing touch to the song, with lush vocals bursting through a percussive loop of digital artefacts and noise, and traversing several soundscapes of dub, ballad, ambient and pop influence. It’s followed by Voyeur, which in spite of its removed vocal and punchy off-beat opening kick (reminiscent of the percussive structure of classic dub), develops into something of a self-conscious ‘banger’, and seems perhaps a touch contrived.

Following the final drop of ‘Voyeur’, ‘To The End’ presents itself. It’s a standout electronic song, which moves from a soaring Thom-Yorkesque falsetto vocal hook to a certain terrestrial intensity, before detuned pianos lead the listener three chords into a standard ballad progression, ending on a satisfyingly jarring deep house inflection.

The closing track appears as a sort of farewell hymnal before squeaking digital artefacts, noise and sub bass carry it towards experimental territory. It’s a fine allegory for the album as whole, and Blake’s career so far, exemplifying his subtle taste for minimal structure, lush textures, and coy melodic movements. Where previously, Blake’s own lyrics were often muttered and processed into obscurity, here they stand proud and proclamatory. Overgrown demonstrates an exciting maturity for an artist who has been facing intense, scrutinising pressure to expand on some already impressive steps, and it does so with confidence and ebullience.