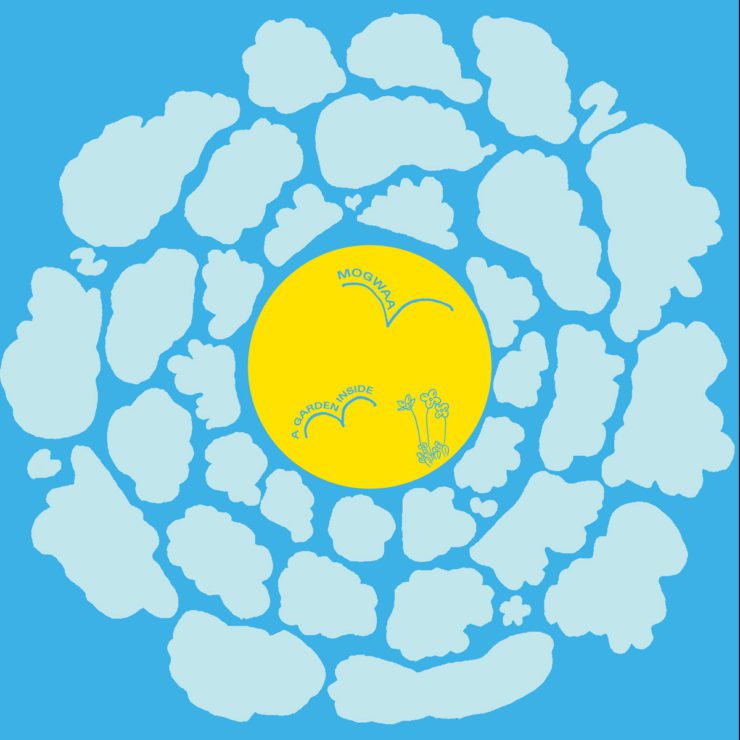 Like his former label boss Peggy Gou, Mogwaa acts as if deep house and tech house were never the groan-inducing, maligned sub-genres that many have deemed them. With his productions, he injects a cosmopolitan flair into those genres that crisscrosses dub, acid, and pop. From the onset, Mogwaa creates a welcoming, neon-soaked atmosphere, as “Step Under the Bridge” opens the album projecting a smooth coolness with its bouncy synth bassline.

Aside from the sleek city pop sheen of “Melting,” the album’s eight tracks mostly stick to an uptempo rhythm that’s ideal for dancing or maintaining the energy of a night out. Stylistically, ‘A Garden Inside’ could be described on the surface as being all over the place; however, the way he connects the dots between his influences becomes clearer when you take it all in one after the other: the video game bliss of “Pavilion” weaves into the downtempo lounge of “Musing,” and is capped off by the squiggly acid-lite flair of “Rejas.” On their own, you could listen and point out a sub-genre or style being referenced, but hearing the tracks one after the other sounds like a crate digging DJ set beamed in from the future.

The album slows to a near chill out pace as it winds down, with the aforementioned “Melting” bringing a little adult contemporary stylings into the mix. The city pop-tinged synth saxophone comedown offers a gentle transition to the bell and synth driven finale of “Con Fe.” Whereas previous shorter releases leave you wanting more, once the final seconds of ‘A Garden Inside’ play out, the album’s conclusion feels like the end of an enjoyable evening out, with not a second wasted or drawn out.

Mogwaa’s top notch production instincts and sensibilities are on full display from start to finish on ‘A Garden Inside’. He effortlessly hops between genres and vibes across his EPs and singles, but this album feels like a distillation of the different moods and presents them in one excellent package. ‘A Garden Inside’ was released during the gloomy fall season for most of the world, but it provides a summer-y, sparkling set of electronic tunes perfectly set for a good time wherever you may be listening.

Order a copy from Bandcamp.