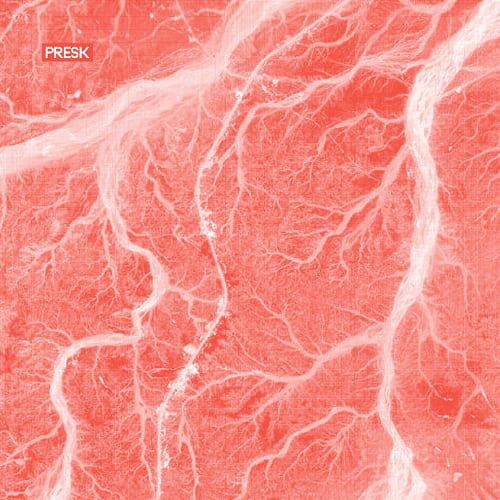 Presk’s star has been steadily rising over 2011 and into 2012. The Dutch producer can confidently claim to have a string of rock-solid EP releases, coming through respected labels such as Doc Daneeka’s Ten Thousand Yen and Ramp Recordings offshoot Fourth Wave. Add a successful FACT Mix in there and it’s easy to understand the murmuring buzz that Presk has generated.

Pieter Willems’ latest again finds its way out on Fourth Wave, and continues the reliable nature of his releases. There’s a heavily swung accent on ‘Hesitate/Kook’, frenetic and infectious on a first listen. The melding of influences is clear, sharp, punctual house underpinned with glimpses of garage and funky. The percussion on ‘Hesitate’ draws significant attention, irregular kicks and furious open hats just as effective as the wandering melody and brisk bassline.

‘Kook’ meanwhile establishes a pulsating 4 X 4 tempo, with chopped vocal cuts and a metallic, frantic bassline providing the weightiness. The most bizarre oddity surrounding ‘Kook’ is its use of sampling from ‘The Breakfast Club’. Playful but not entirely convincing, as if it’s trying to find a happy medium between sexy and deviant, but ends up sounding like neither. It would be a shame to hold it against the release, though, as there’s plenty of dance-floor fun to be had.