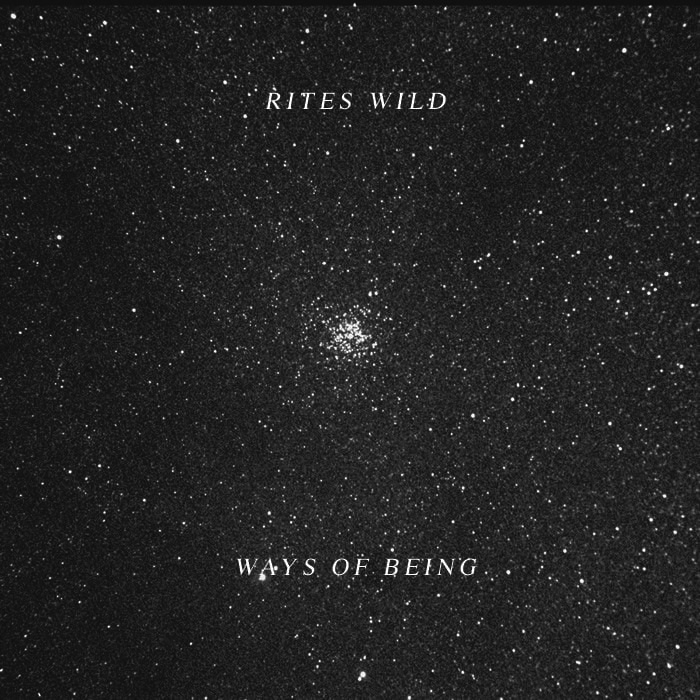 Rites Wild is one of the solo monikers of South Australian-born musician Stacey Wilson. Wilson is a multi-instrumentalist, producer, visual artist, graphic designer and owner of record label ‘Heavy Lows’. After a slew of self-released EPs ‘Ways of Being’ is Wilson’s debut full-length album.

The album begins with ‘Ways of Being’, a dark and sluggish drum pushes the track whilst it gradually combines the warm lo-fi melody of Stacey’s haunting and detached vocals. ‘Ill Health‘ is thick with reverb and synth patterns; Stacey’s voice is camouflaged with robotic textures that morph into a deep sonic abyss which quietly exceed into ‘Detached Living’ through a wave of melancholic bass. Resembling an unearthed cassette tape that has been shelved away for years waiting for someone to rediscover its natural essence, ‘Make Plans’ comes into play. Its foggy and bleak nature progresses and builds frantically. Without quite being able to decipher the lyrics, the simplicity of Rites Wild’s bleak production brings through with a strong element of isolation and withdraw.

Nevertheless, these captivating atmospheres are not solely projected though Wilson’s enigmatic voice. ‘Seasonal Shine’ is one of the most powerful instrumental tracks featured on the album and its effects are gloomier and duskier than ever, conjuring up a mesmerising industrial groove. I can’t help but to think of Joy Division’s ‘Unknown Pleasures‘ when listening to the nostalgic resonance and the dramatic vocal delivery of both artists. Although not to be mistaken with a one-faced album, the dubbed out and dance like qualities build in the second half with ‘Minimal Where’ and ‘Deep Ocean Sands’, which feature warm and vibrant rhythms that end this mystical project with a shimmering exuberance of joy.

The dark and nostalgic qualities of these tracks create an unmistakable sense of voyeurism. Keeping me intrigued with what will come next, hoping to end that overwhelming sense of loss by constantly gazing at the horizon expecting some kind of sign but ultimately being ecstatic and assuming that fact that you wont ever be found.