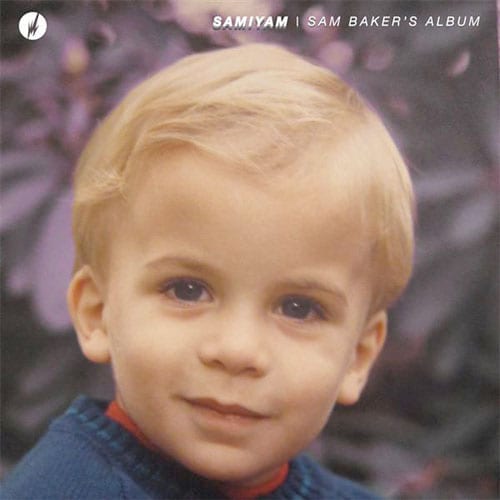 Samiyam seems as a slightly alienated distant uncle might appear, to his family at Brainfeeder. His constant sonic exploration of a different head-space to his peers, commands no less respect and a great deal of interest from the LA beatsmiths and beyond. Born in Ann Arbor before moving to Los Angeles in 2006, Sam Baker has taken relatively no time at all to permeate the senses of those around him, re-inject vitality to instrumental hip-hop, and do it all with a personal touch.

Sam’s first ever release is now of relative cult fame, as he self-released about 500 CD’s called ‘Rap Beats vol.1’, all with customised Sharpie pictures drawn by his fair hand on each disc. This was a year before the ‘Brainfeeder’ adopted his unchallenged skills and re-issued the entire collection as BFD001. Both in limited supply, and testament to something new bubbling beneath the surface of the west coast underground, this remains a highly sought after Compact Disc.

This, Samiyam’s first album, has been long awaited and not rushed. With collaborations like FlyamSam (none other than Brainfeeder boss, Flying Lotus), and music out on Kode 9’s influential ‘Hyperdub’ label, it would seem Sam Baker has a clear creative vision for his music. His beats are short, mostly about two minutes long, few more than four. His heavily compressed, un-quantized sound thunders through the speakers with a more coherent freedom than previously known, drawing you into a world of wonky off-beat instrumental hip-hop with over tones of jazz / funk and a little playful humor for good measure.

‘Escape’, the opening track fades into enchanting, spacious synths you would expect from a Bela Lugosi movie, or the soundtrack from ‘The Lost Boys’ before dropping succinctly into Sam Bakers signature boom-bap styles. ‘Bedtime’ and ‘Pressure’s swanky sax-like bassline washes you away to ‘the land of nod, where the beats are so loose it practically feels like your gliding over them. Next ‘Bricks’ and ‘Already’ wade in with tougher, altogether more menacing rhythms where tonal stabs, heavily reverberating snares and cowbells hold the beat together. Notably, this dichotomy continues throughout the album, moving carefree from dreamy melancholy, to menacing impositions, all with a discordant analogue edge. ‘Frosting Packets’ could be easily mistaken as a track from Miyazaki’s ‘Howls Moving Castle’, while ‘Kitties’ plays to a darker audience with descending basslines and worryingly unnerving ‘Meow’ samples.

‘Who am I?’ begins to bring these dark and light elements together, with a slightly questioning swung sound and airy synths. ‘Turtles’ screams, to me at least, ‘Super Mario World’, intentionally or not it occupies a part of my mind that remembers childhood innocence and hours in front of the SNES, button bashing for England. ‘My Buddy’ plays between a thudding kick and dry as a bone snare while Sam’s tell-tale sustained synths go to work alongside a euphoric B-line. There is a ‘je ne sais quoi?’ about the artists’ music that remains undoubtedly playful and childlike, but by no means childish. ‘Taco Delay’ and ‘Life Sized Stuffed Animal’ reinforce this viewpoint with beats and bass that desperately make you want to be ten years old again. Closing on ‘Sometimes’, a more operatic, avant-garde film score sound, which carefully puts the album to sleep on a bed of exhales and dub sirens.

Although the album is short in length, with 17 tracks in 40 minutes, there’s no shortage of inspiration and a lot to absorb. In fact, if there was anything to grumble about is the possibility that some of the tracks could be further developed, but I get the feeling this might go against the grain of Sam Baker’s creative process. Instead, he opts to tightly wrap an idea into a concise piece of well-articulated and playful sounds. I would highly recommend this album to anyone into electronic music as it is most certainly different, and a very enjoyable listen. I’m sure there are many who might not ‘Get it’ at first, but most can enjoy the rich tapestry carefully woven into each track.