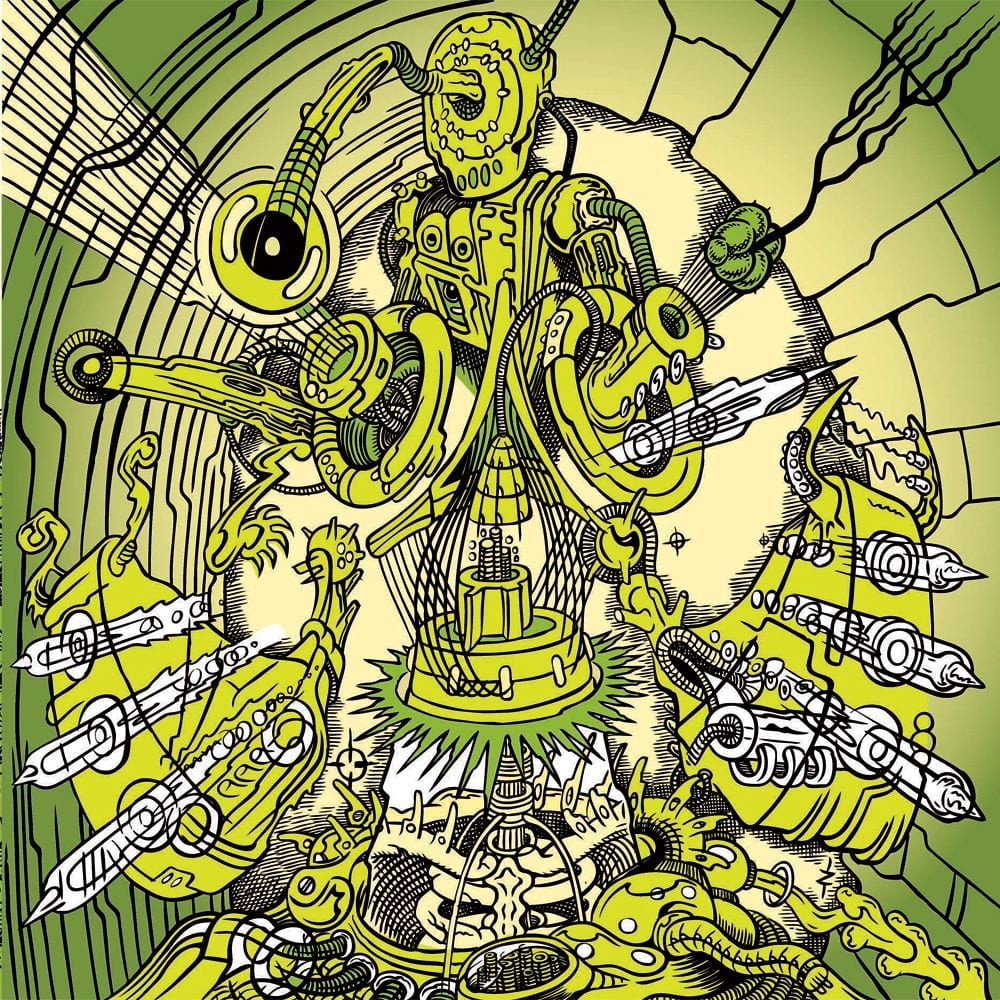 Media coverage of Sam Shackleton takes constant pains to establish the singularity of his sound: Shackleton’s sound is without parallel… Shackleton still treads no path but his own. The constant emphasis on his music’s unique sonic DNA would be trite if it weren’t so irrefutably true. Over his career, from Skull Disco to 2012’s experimental long player, Shackleton has crafted a sonic language unto himself, with its own internal matrix of reference points which he continues to hone and revise over each consecutive release. Dazzling exercises in polyrhythm are the constant, while his sound has slowly shifted in its approach to timbre and colour: a brighter, cleaner aesthetic marking The Drawbar Organ EPs and this, his first release since 2012. While his reference points remain largely the same – dub and traditional African motifs alloyed to dubstep-inflected rhythmic experimentation – Shackleton retains a restless musical spirit, constantly offering challenging work which demands – and deserves – a great deal of the listener’s time.

Some aspects of Freezing Opening Thawing will be familiar to Shackleton’s fans, yet a new focus on polished synthetic textures is striking. These tracks embrace the artificiality of their sounds, sketching a crystal-sharp, synthesised rainforest bound to beguile and transfix weary ears. The title track is a deceptively expansive journey, where shifting percussive textures are electrified by an array of icy, computer-music synthlines. While most producers focus on texture and emotional resonance in their melodies, leaving percussion as a mere rhythmic skeleton, Shackleton here reverses this process: the subtle timbres of his drums are a melody unto themselves, counterpointed by the inhuman polish of treated organ notes. Thus the pressure is built around the contrast between humid rhythmic acrobatics and the sterilised sheen of the topline, and the effect is magnificent.

Closer White Flower With Silver Eye continues the journey into artificial textures slightly reminiscent of the digital/human interference patterns of Oneohtrix Point Never’s recent R Plus Seven, as roboticised choirs penetrate a dense field of intricate melodic and percussive programming. Central track Silver Keys takes a slightly different approach: summoning a space-age jungle then injecting it with the dread of Shackleton’s musical past, where the bass growls like an Aboriginal call to arms, a sound which exudes mist and myth. Shackleton has one of the most unerring hit-rates in the world of dance music, yet it’s a great credit to his care and artistry that each new release remains surprising as well as enthralling, even if you were already expecting it to be good. It may only be three tracks long, but Freezing Opening Thawing offers an uncommonly rich musical experience, its inimitable sounds sure to echo in the listener’s mind and muscles long after the third track draws to a close.