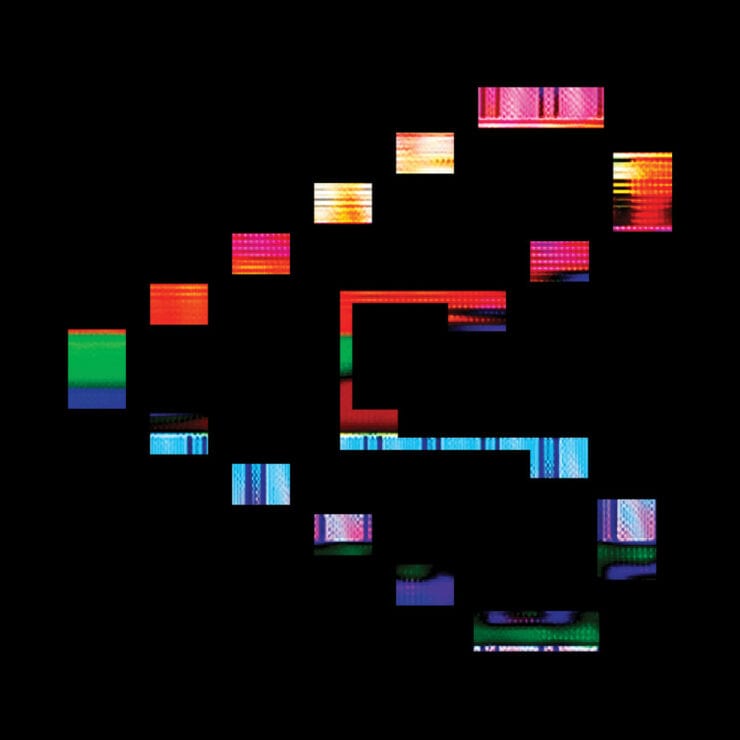 Even among Warp Records’ vaunted catalogue of artists, the return of Squarepusher to the fold is always going to be met with righteous anticipation. It has been five years since Tom Jenkinson last surfaced with an album under the Squarepusher moniker, but during that time you could hardly accuse him of laying low.

A virtuosic self-taught bassist, Jenkinson is to the stage what butter is to bread, and his dynamite live-shows have always slathered it on thick. As his catalogue has progressed over two and a half decades, the energy of those live performances has infiltrated his productions. Yet, where ‘Ufabulum‘ (2013) and ‘Damogen Furies‘ (2015) failed to transmute that maximalist maelstrom to wax ‘Be Up A Hello‘ fills up the senses like a packet of woodbines and a good pinch of snuff. If you know, you know, and this one is a storming return to that steel city sound.

Vintage Squarepusher. It’s what we’ve all been waiting for since, well, vintage Squarepusher. And yet, something niggles about that collective sigh of relief. Calling Jenkinson forward-thinking would be like calling Steven Hawking bright – it doesn’t quite cut the mustard. So when an artist of his undeniable calibre retreats into a twenty-year-old sound-palette, we should probably ask a few questions before we crack out the cava.

It doesn’t take a genius to know that there’s a big stink hanging over the UK right now. And in times like these, the restoration of names like Aphex Twin, Boards of Canada, Flying Lotus, and now Squarepusher to that iconic amethyst sleeve is anathema to the bloated beast of Boris Johnson’s Brexit Britain. Though it is certainly high-time for Warp to pay homage to those halcyon days of fervid creativity that spawned a generation of electronic music titans, why now for Squarepusher?

Well, for that it might help us to rewind to the turn of the millennium, dodgy dial-up and a world of limitless possibilities. Backed by an increasingly divergent (London-centric) Warp, this was surely an auspicious time for a producer unbound by technicality and form. In it, Jenkinson would spend the next 15 years personally trying to invent the future exactly as everyone else was watching its slow and inexorable cancellation.

At a time in which art would struggle to articulate meaningful meditations on the present, Jenkinson’s futurist music – lauded for its ability to weave poetry from pandemonium – quietly slipped out of sync. When confronted with a future in which we could no longer expect anything new, his Gatling-gun production suddenly seemed to be trained on a target just outside of our line of sight.

Jenkinson treats us to the very best he has done in a long time, and while this album will certainly induce nostalgia in all but the most steadfast of heads, it is by no means built on it. The truth is that ‘Be Up A Hello‘ is full of optimism, and while Jenkinson composed the album in just one month, his trademark dedication to detail never errs. If anything, his more laissez-faire attitude allows this album to soar at a level of lucidity he has rarely achieved in his most recent productions.

On album openers ‘Oberlove‘ and ‘Hitsonu‘, Jenkinson is just about as upbeat as you’re ever likely to hear him (aside from his brief foray into CBeebies and there is an element of that here). Both tracks revel in precisely the kind of lighthearted ear-worm melody that set his sonic bombardments apart from the pack. It would be a mistake to judge the album on these two tracks alone though because as lovely as they are it is weapons like ‘Nervelevers‘ that will keep you coming back for more.

Straight up acid breaks served hard and fast that would bring even the most amicable of faces into the skulking grimace of peak-time nirvana. It is a singular talent of Jenkinson that would have the listener whipped up into enough of a frenzy to nut their way through a brick wall while pontificating on the delicacy of the pitch changes on his 303.

Insomniac glitcher ‘Speedcrank‘ does exactly what it says on the tin. While that is of no surprise, the looming presence of practically gothic tunes like ‘Detroit People Mover‘ and ‘80 Ondula‘ go a long way in evening out the feverish energy that defines the rest of the record. On lead single, ‘Vortrack‘ Jenkinson reminds us exactly why he’s the master of drum and bass. Warm and fuzzy textures are gloriously juxtaposed with seriously juicy pads that feel deep enough to swim in. Of course, the true measure of this track is in its ridiculous attention to detail, building atmospheres that seem practically lived-in over the space of five and a half minutes is nothing short of miraculous.

In the end, ‘Be Up A Hello‘ is a fantastic addition to an already stellar canon of work, and while this album may remind you of his earlier work, it doesn’t feel retro in the slightest. Rather it alights at a time in the past when electronic music still felt aspirational and, using its hardware and energy, creates something totally new that was hard for us to know before just how much we needed it.

‘Be Up A Hello’ is scheduled for release 31 January via Warp Records. Order a copy from Bleep.

Discover more about Squarepusher and Warp Records on Inverted Audio.