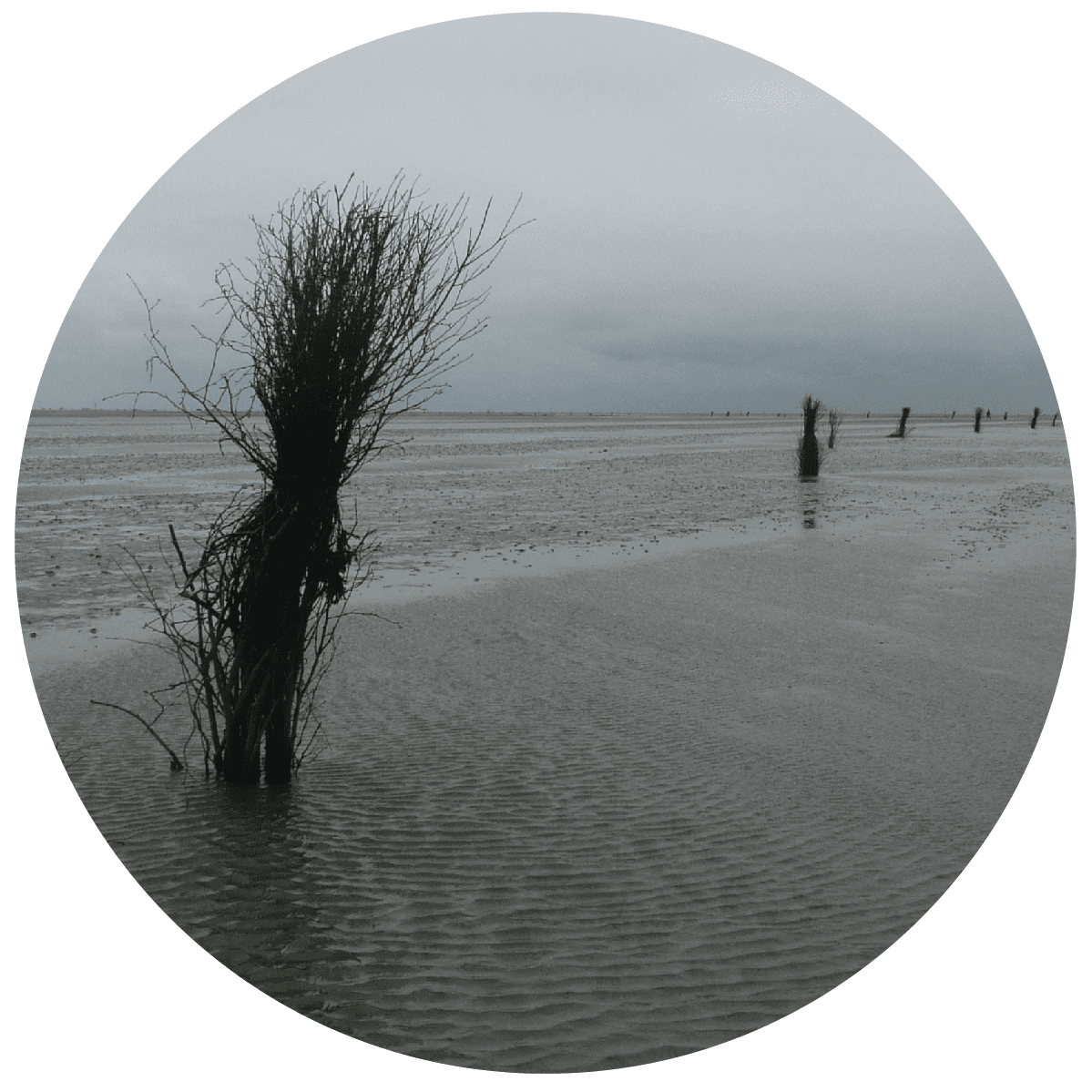 Stephen Laubner better known as STL is somewhat of a musical mystery. Through several outputs including his own Something label, the Harz based producer has created a deep electronic dystopia to savour, while keeping his persona below the surface. His latest edition ‘Dubs Etched Into Relief’ comes after a succession of reputable releases.

‘Dubs End’ is refreshingly reminiscent of Basic Channel‘s illustrious and masterful sound. It builds momentum as it bends through organic chords and gravelly bass igniting a spacey slab of swirling dub techno, providing a quick but captivating ride.

‘The Dark Future’ is a brooding cauldron of experimentation as it takes shape through a fourteen-minute quest of post apocalyptic sounds. With many hidden delights of snarling hi-hats and distant vocal murmurs, this is a marathon, not a sprint.

The firmly placed ‘Dub’s End (Grad_U Back To The Machines Dub)’ is the only direct nod to the dancefloor and for some Laubner has saved the best for last with Grad_U’s sharp remix. Featuring elements of its predecessors, the final track fittingly folds it all into one. After three teasing minutes of throbbing kick patterns and echoing hi hats, it gradually erupts cutting through the core of the track like a knife through butter. Grad_U manages to bring the blistering rhythm back down to its knees throughout, with the driving sound at his disposal.

STL has grown to become one of the most consistent artists delivering powerful parcels of production each and every time. Laubner has stamped his mark on 2015, and it is a relief that he is continuing forward as one of the most unique producers out there.

Dubs Etched Into Relied is out now, pick up a vinyl copy from Kompakt.fm.

Discover more about STL and Echocord on Inverted Audio.