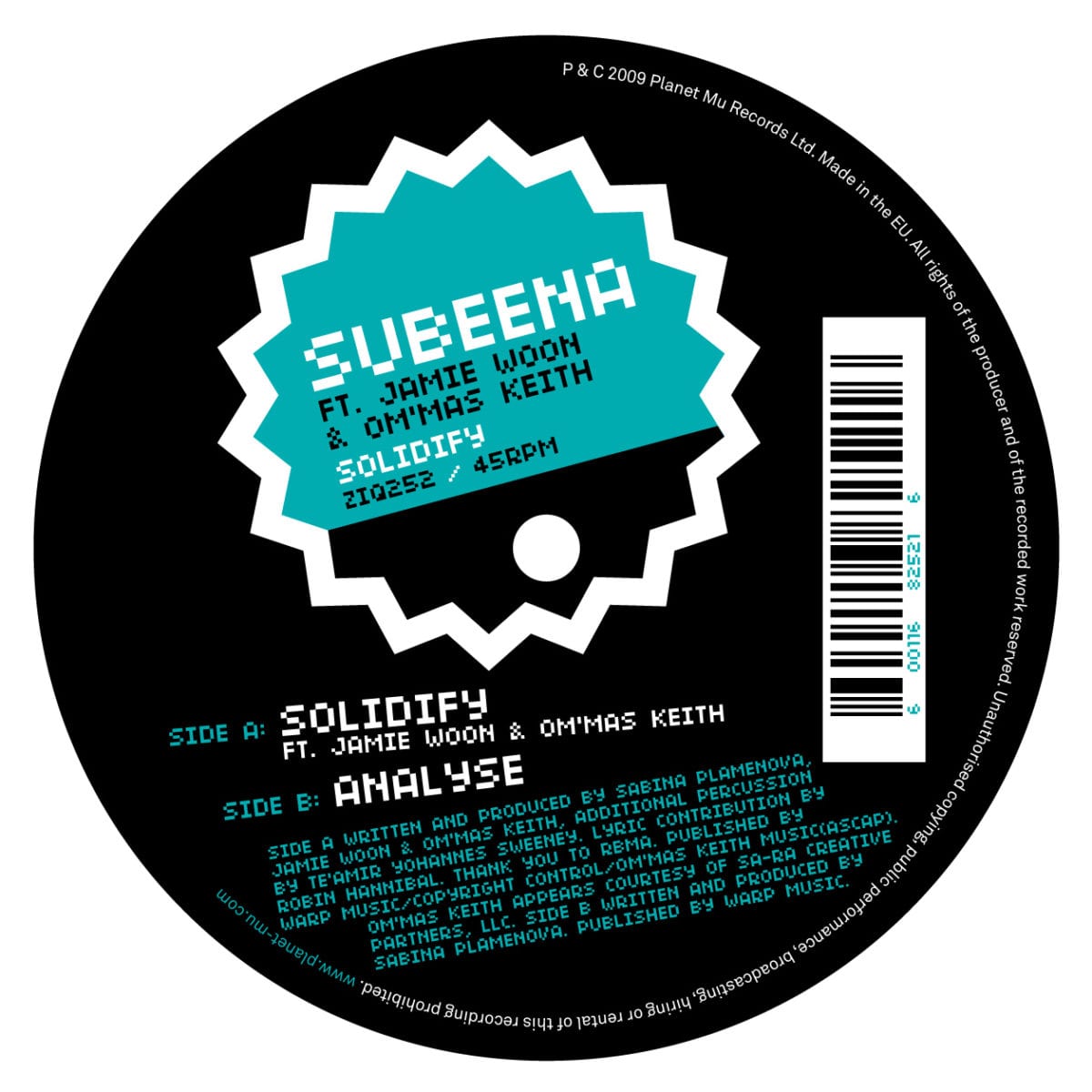 This is an utterly sick collaboration called “Solidify” between female producer Subeena, Sa-Ra’s Om’Mas Keith and the wonderful Jamie Woon. It’s been far too long since we’ve heard any track with his voice on it and this tune is definitely one for those who thought highly of Burial’s remix of Woon’s cover of “Wayfaring Stranger”. Subeena’s relatively sparse production suits his voice perfectly. Shimmering keys swirl around the vocal line which is underpinned by warm subs and great, mechanical sounding delayed percussion. Maybe it is just my ignorance but I’m finding it hard to tell what part Om’Mas Keith plays in the tune. Maybe he provides some backing vocals, but if not, I wouldn’t be surprised to learn that he lent some of his talents to the production. The B side is given over to Subeena and it allows her production skills to shine through. “Analyse” brings down the tempo and takes the listener on a four minute journey through synthesizer heaven. It begins slowly with the same keys sound that make “Solidify” so successful and gradually builds into a crescendo of string pads and 808’s, sounding not unlike early Aphex Twin or 80’s synth-led pop. I can imagine that this would sit perfectly in a set played around the day-break hours and, combined with “Solidify”, this 12″ is fantastically rich and well worth your full attention.