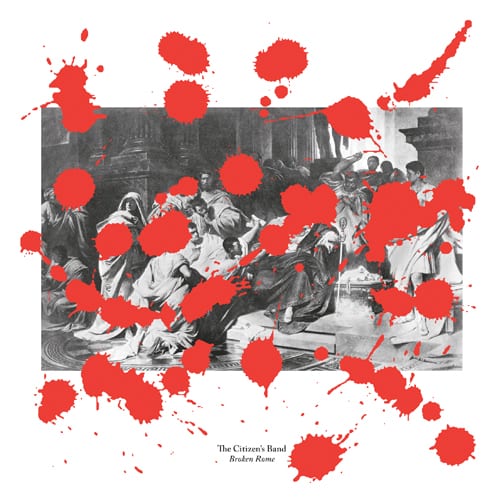 After such a dreamy debut for The Citizen’s Band project, Christian Beisswenger wastes no time in stepping right back into the firing line.

‘Broken Rome‘ opens dramatically into a landscape marked by a fuzz of jittery percussion; a beach for a slinky synth line to file down, nocturnal sunglasses on. The ominous tones eventually push on, the drums acquiring crunch as the track gradually cakes and spatters into celestial murmurs. There’s a circular aspect to this that is most pleasing, like watching a clock spin in and out of time in clockwise to counter arcs.

‘Densed‘ again is a step inside traditional territory. Utter warmth, a simple four note bass groove is the catalyst for movement here. As ever, it’s the manner in which everything is layered together that appeals most. Tight construction and total disarray blended soulfully with wet tension. The synth brass comes waltzing in, jazz spring in its step, it hangs with humour on an emotional tightrope.

‘Into‘ features rapier hi-hats and birdsong blips that evoke an ending but is named after a conjunction. Go figure. The altogether resembles an empty field in the sunshine. Such beautiful melodies that come on like a softer version of ‘Densed’, stripped out choral segments and rainbow-rain colour segment that gradually slow like tyres bedding down for the night.