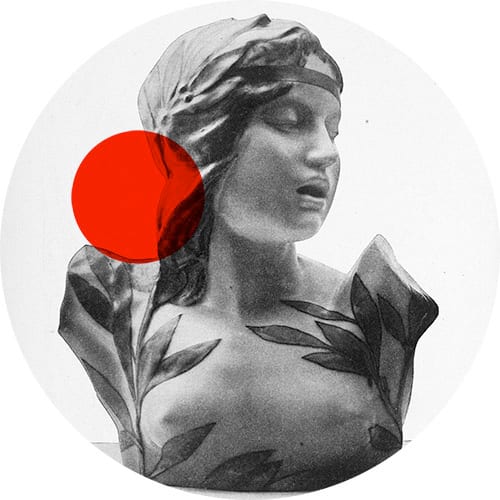 Canadian export XI has been creating big waves since his recent move to Berlin, marking a seismic shift from his usually maximalist productions on his fantastic second release on Orca this January, Immunity / Squeeze. On his latest EP for New Kanada, the Toronto-born producer shows he’s not done genre-switching yet, offering up three tense and moody slices of dance music that reference Bass, Dubstep and Garage.

On Joy / Fear XI offers up three tunes that offer different takes on contemporary Dance trends, and the title track is a monstrous dancefloor killer that’s sure to get pulses racing. Joy / Fear kicks off with unsettling looped vocals and a percussive pattern that slams hard against the bass bins, building to an early climax where everything unexpectedly drops away, replaced by disorientating pitchbent synths and throbbing bass stabs. The two disparate sounds duel for control of the track, receding and intruding to keep the listener always on their toes, resulting in an incredibly powerful assault on the senses that creates an uneasy tension and refuses to let go right up until the end.

Second cut Nightlif is a much more delicate affair, with a 4/4 pulsing gently under iridescent synth effects. Over the top of this XI laces canny micro-edits, tight vocal loops and a surprisingly pretty synth melody that simmers seductively over suffocating bass throbs and punchy beats. An early vocal loop recalls his Orca B-Side Squeeze but Nightlif is a force unto itself, proudly brighter and catchier than anything XI has produced to date. If these first tracks sound different to each other, it’s because they are, with only the producer’s relentlessly shifting percussive punches to offer a continuity of sound across the EP. Ultimately this works to the EPs advantage, as a real variation of the flavours on offer makes Joy / Fear a diverse and gratifyingly listen on repeated spins.

Final cut Antikythera situates itself mood-wise somewhere between the first two cuts, with the darkness of the title track married to gently bubbling synths while a strong 2step beat pattern stops the tune from ever quite taking off into dreamworld, despite the shiny synths encroaching towards the close. While XI doesn’t offer up anything revolutionary here, all three tracks are attentively detailed and put together with a keen sense of mood. As a DJ, the release is worth a look for its outrageously heavy A-side, and you might just find something to love in the gentler variations of the other tunes.

Download XI’s exclusive IA Mix and read the interview, or stream it on Mixcloud.