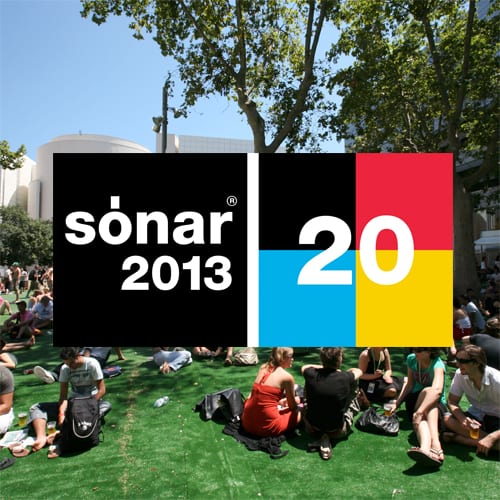 Sónar, Barcelona’s iconic festival ‘of Advanced Music and New Media Art’, is unlikely to need much introduction to any fan of electronic music. With this June heralding the festival’s 20th installment, some 80,000 fans are expected to descend on the Catalonian capital, and for the three days and three nights, Inverted Audio will be reporting from the field.

Sónar cites itself as ‘a pioneering festival with a unique format and content’, a gathering of the most relevant performers, composers, and artists within the dynamic scope of electronic music, and we’ll be trying to transmit as much of the Sónar experience as possible. From the scheduled sets we catch to the general day-to-day frivolity, we’ll aim to prevent the encouragingly low beer prices from moving our cameras and pens down the route of some bad imitation of Gonzo journalism. All the while, we’ll be posting tips, videos, pictures, and general reflections on what has traditionally been seen as a festival closely aligned with the cutting edge, and whether the event, at its 20th outing, is still worthy of that accolade.

Here are a few acts that we’ll definitely be keen to get down for: