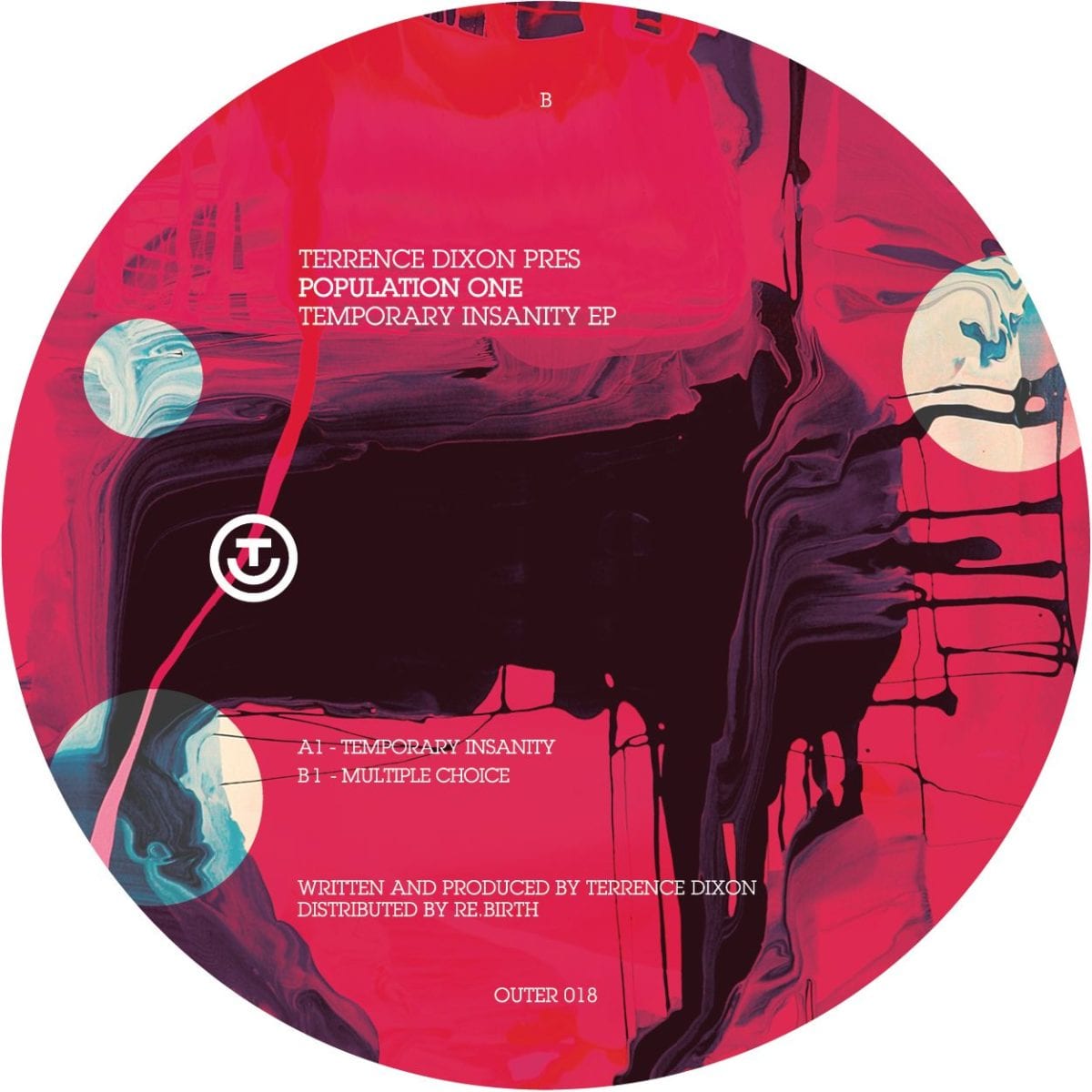 Set to attack 2016 at the same sustained pace that saw him release no less than three EPs under his Population One guise last year – amongst which the excellent ‘Concrete Environments‘ for Modularz, Terrence Dixon just announced the imminent drop of his new 12″ via Italian imprint Out-Er in a couple of weeks.

Whilst the title track draws into a mentally fragile 4/4 groove shuffling with hammering kicks and feverish claps, swaying as it gets, the B-side veers off to more serene scapes, all about chiming spaced-out synthlines and well-rounded arrangements.

‘Temporary Insanity’ is released via Out-Er on January 29th, order a vinyl copy from Juno.

A1. Temporary Insanity
B1. Multiple Choice

Discover more about Population One and Out-Er on Inverted Audio.