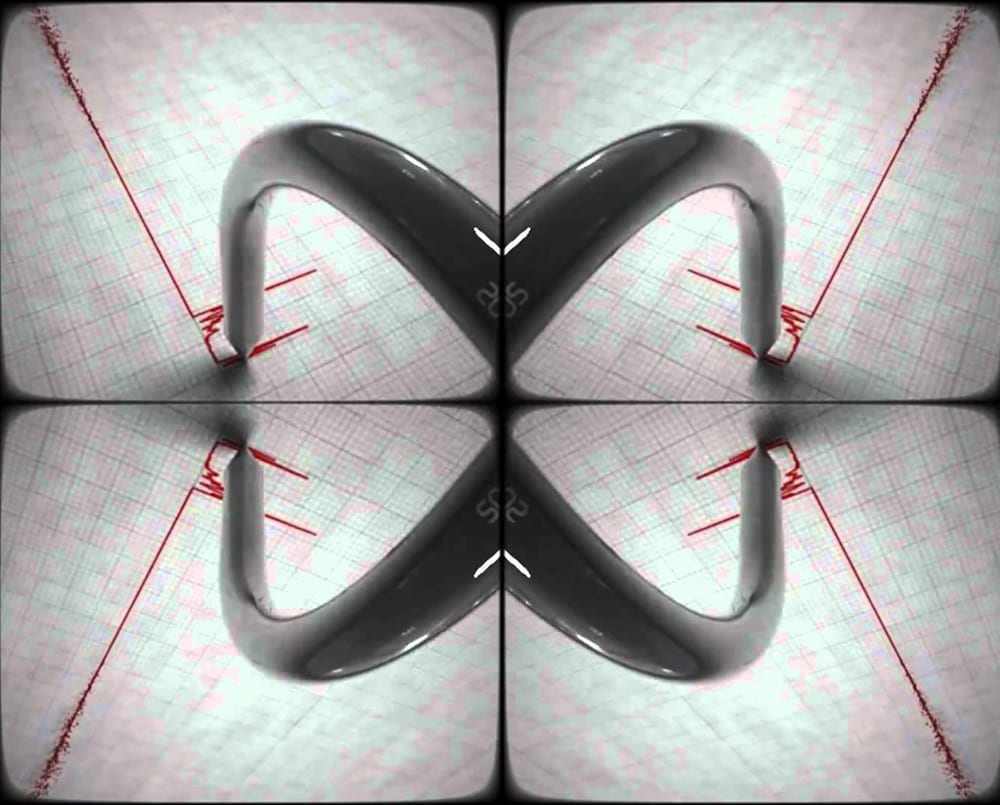 As the paper roles on, the red line simulates a sound wave. The red lines become more and more complex and dynamic until the red ink itself defies gravity and its molecular state by and turning into globules of blood, as if it were in a vacuum.

The song ‘I’ll Be Gone’ is by Lithuanian pop producer Mario Basanov aka Marijus Adomaitis and Vidis featuring Jazzu. Put simply, this song is awesome.