Following the release of Andy Stott‘s latest album ‘Never The Right Time‘ on Manchester’s Modern Love, we caught up with London-based video artist Rebecca Salvadori to learn more about ‘Hard To Tell‘ and discover how she went about formulating such a mesmerising film to accompany the album. 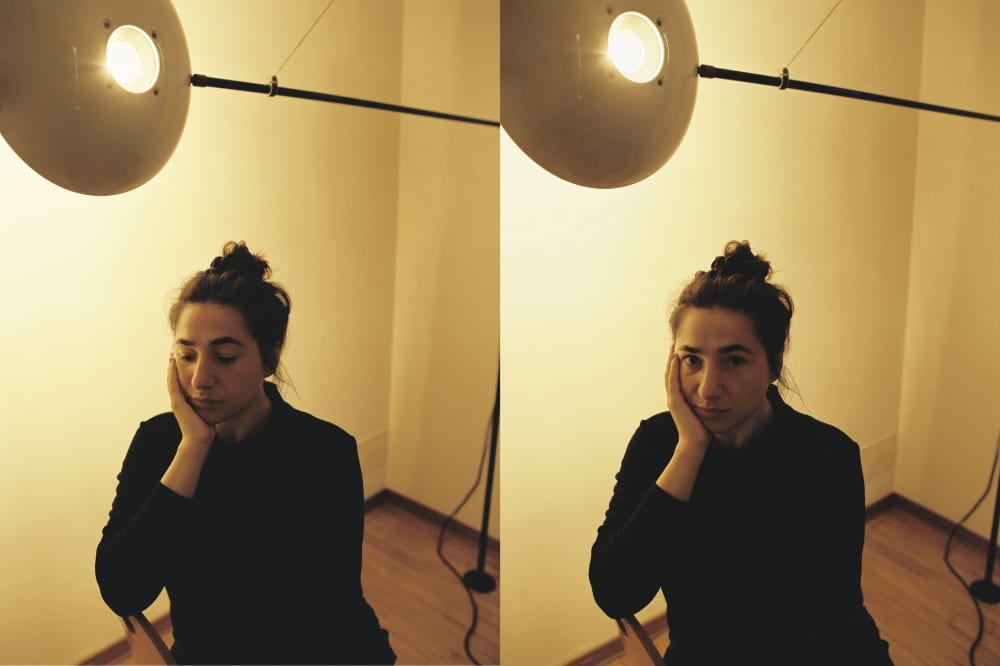 Hi Rebecca, thanks for taking the time to speak with us. Please tell us about the concept behind “Hard to Tell”.

When I listened to ‘Hard to Tell‘ for the very first time it reminded me of that sensation of watching the city from a window at night; a form of dreamy bittersweet loneliness that I could totally relate to.

I have always had a special relationship with the night; that sensation of one’s surroundings becoming silent and finally being able to focus on one’s thoughts, to wander somewhere else. I also thought about constant movement, like being within a swollen river where the only possible thing to do is to let go, surrender to it.

I find myself close to that tradition of visual arts in which nothing is planned beforehand, the camera has to be curious in a way that one stumbles into situations as they are unfolding, but for this video something new happened; I actually decided to construct very specific visual blocks centered on different kinds of movement and to find the right balance between the different meanings and the different visual blocks during and within the editing phase.

For some time now I have actually been developing a series of film works divided into visual blocks or chapters; depending on how they’re assembled together, how they coexist… different meanings can be conveyed. I find it very important to leave enough space for who’s watching to construct a personal understanding of what might be the message lying in between these different blocks.

The message is whatever one might feel. The city at night constantly moving; a 360°rotating camera; artist Shiro Takahashi’s sculpture swaying like a living organism and the human body responding to the movement of the sculpture rather than being the one to initiate it: these are the four visual blocks that acted as the foundation for the film.

Can you explain the meaning behind the digital wireframes that features in the film and what they relate to?

The animated structure is made by Jack Barraclough and is a tribute to the work “PARALLEL AXES TYPE” (1976-1980) by artist Shiro Takahashi. When I saw Takahashi’s sculpture I immediately felt there was something so beautifully melancholic about an inanimate object, somehow moving like a solitary human being. It felt emotional without being sentimental. Subsequently both Lewis Walker and Tylor Deyn reacted and translated the movements of the sculpture into different choreographies.

Your previous film works document events, festivals and club culture – what new challenges did you have to overcome in order to create this film work?

I have worked all my life on the constantly evolving relation between images and sound.

I have made the artwork and a film for Hong Kong producer Scott Young‘s forthcoming release coming out in June via OOH-sounds. I am also working on a series of portraits made in a dialogue with composer Sandro Mussida’s new album Rueben ( Die Schachtel, 2021) and produced by TQS.

Tutto Questo Sentire is an art collective investigating the encounter between different artistic disciplines from contemporary music, visual and performative international scenes. Together with TQS we have several projects lined up in both Italy and the UK for summer / autumn 2022.

‘Never The Right Time’ is out now via Modern Love. Order a copy from Boomkat.