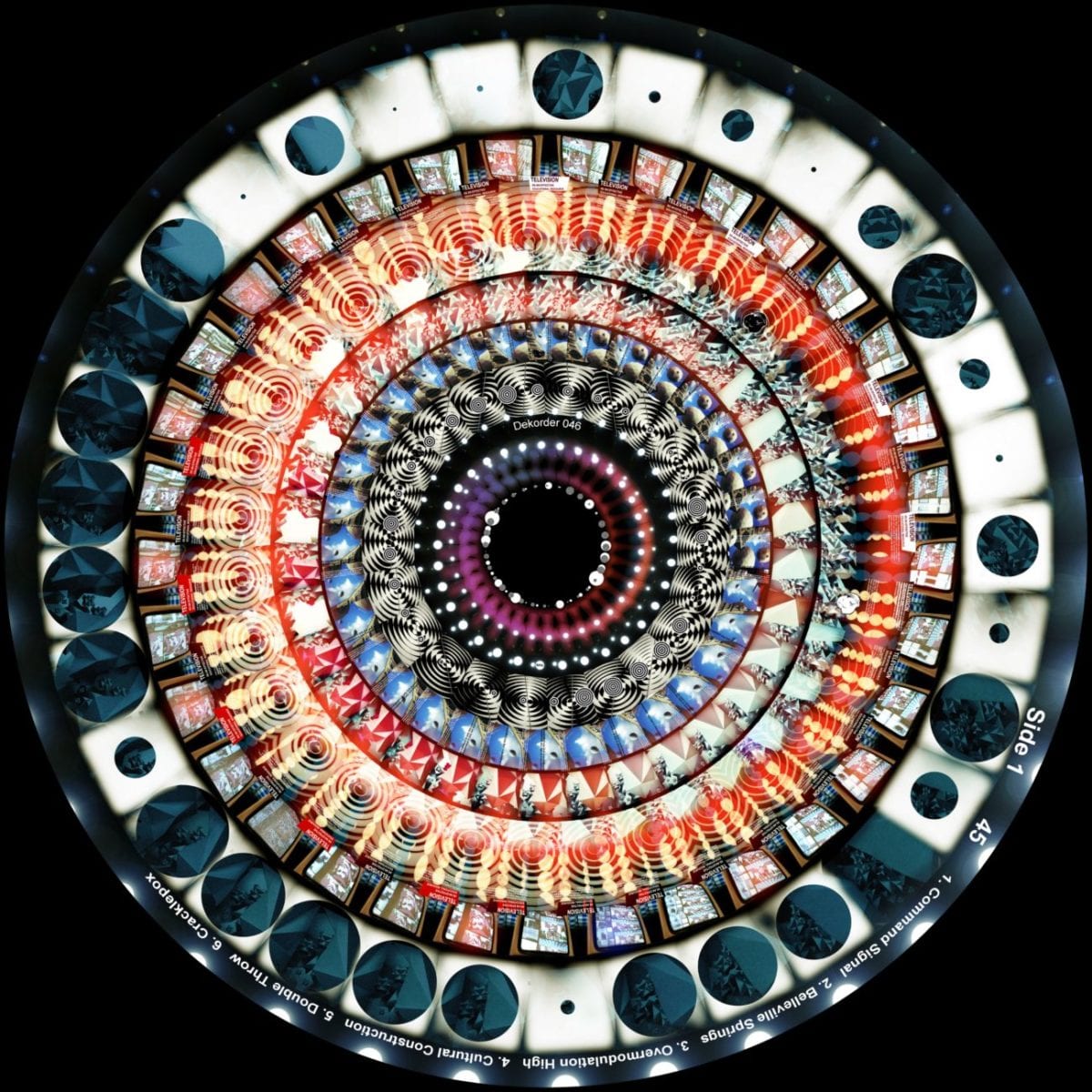 Sculpture are an experimental audiovisual performance duo from London comprising of tape loop maverick, Dan Hayhurst, and the zoetrope projector manipulations of Reuben Sutherland. When it comes to multi-sensory performances, combining audio with visuals, these two gents are pure mavericks.

They produced 300 double sided picture disc LP’s, which I assume have all sold out. Each disc is meticulously crafted, both sides have intricate rings of illustrated frames, projecting fragments of looping images at 33, 45 and 78 rpm. The LP’s can either be played conventionally or as a self contained film. Owners of the picture disc can place the disc on a turntable and play it from the beginning at 45 rpm. To view the film you must direct a bright light at the record as it spins and set the camera so that it films the surface.

During their live performances the duo suspend video cameras just above the discs to project the spinning discs animations to the crowd. Of course this also allows them to adjust which section to focus on. It also creates the most DMT inspired visuals I’ve ever encountered.

The discs are not solely visual either, they are also produced with an amalgam of found sounds and distorted electronic music consisting of beeps, bleeps and burrs of high frequency analogue cuts. When performing live Hayhurst uses prepared audio material consisting of found tapes, lo-fi electronics, computer programming, and analogue noise which he plays either through 1⁄4” tape loops, hardware samplers and a Walkman and CDJ deck.

The process behind their unstable modular collages is paramount to the duo. Their style, rhythm and spontaneity of input / output, and a bit in the middle called music is completely intuitive and organic. They interact with their equipment as it happens on the spot, there is no predefined plan for their performances it’s all off the cuff.

The duo are influenced equally by avant-garde film and Looney Tunes, DIY musique concrete and dancefloor dynamics, the result is unique and irrepressible. Recent performances include Ether 2009 – South Bank Centre’s festival of cutting edge digital and cross-arts experimentation, and the 2010 London Short Film Festival (described by the Guardian Guide as ‘the best short film festival in the world’). Check out their blog, Ultra High Frequency Ramblings for further reading and you can buy a digital download of their music from Dekorder here.