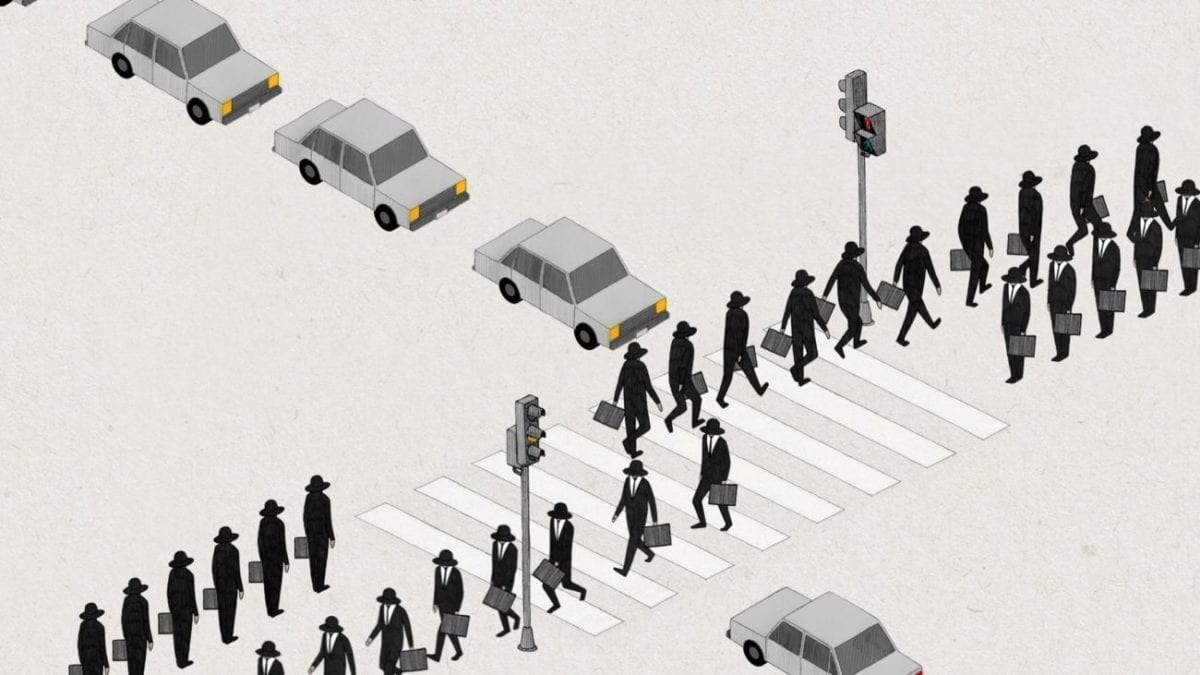 If you picked up a copy of Brandt Brauer Frick‘s excellent album ‘You Make Me Real‘ in 2010, you may have noticed the intricate illustrations faceting both the cover and the 12″ inside the LP. If you missed this album I highly recommend you check it out as soon as you can, as this German trio represent some serious talent in terms of live analogue electronic music. Before I continue let me remind you that this article is not to praise the music within, it is of course to give focus to the people behind the artwork of the album and video.

Like with so much great music that get’s released in this age artwork is generally overlooked by the majority of people, especially if its a digital download. When I picked up this LP its illustrations immediately caught my eye, even more so when I opened it up and started playing the records within.

The people behind the albums artwork and music video ‘Caffeine’ are Patricia Luna and Danae Diaz, both specialists in illustration, motion graphics and animation. Patricia has a background in anthropology, which basically means she questions everything about everything. She’s lived and worked in Barcelona centering her efforts on designing webpages, illustrations, film festivals, translations and some digitalizations. Danae also has a background in Barcelona, in 2005 she graduated with a Fine Art degree from the Universitat de Barcelona, after-which she worked as a freelance illustrator and animation artist.

Their collaboration began in 2010 when !K7 approached them to design the artwork to Brandt Brauer Fricks album ‘You Make Me Real’, which later on developed to the produce the official music video for ‘Caffeine’ in keeping with the aesthetic they laid down in 2010. 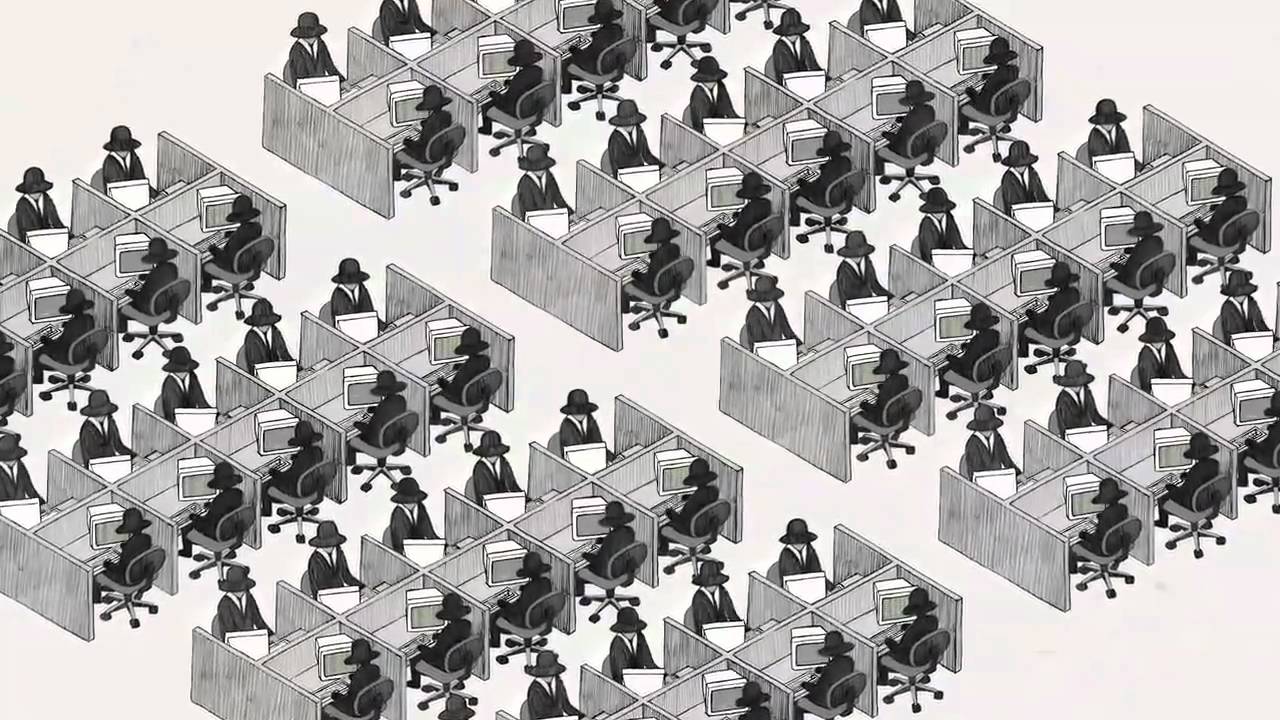 The illustrations of the backgrounds and figures are drawn with pencil on paper, and coloured digitally (mostly gray scales with some colour). In order to portray a cold and distant atmosphere the artwork and compositing were projected isometrically as in infography and old videogames.

The storyline itself is about a man that lives in a world of shadows, a world of mass replication and routine. Like so many Londoners I see around this great city, almost everyone begins their working day with a coffee welded in their right hand. It’s at this point when you have to ask yourself, when are you going to break free from this institutionalized routine, and lead a different life? 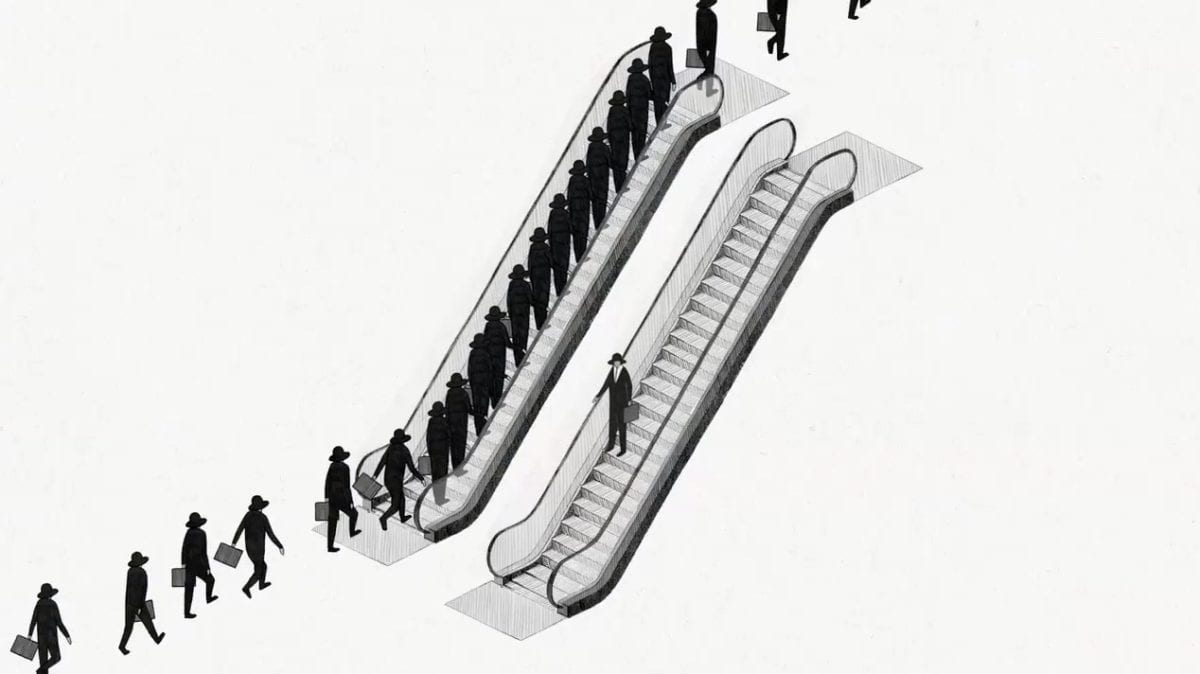 Regarding the actual images and environments within the video, they chose iconic places within the urban landscape so that almost everyone could  recognize and directly associate with the first years of Twentieth Century modern imagery. They also wanted to create suspense and a surprise at the end of the video, something that would lead the story to a new beginning.

The videos animations are indeed interesting and have distinct iconography. I personally appreciate how they took the revolving door out of context and created a cylinder, it’s as if it takes on a new purpose. The entire aesthetic is indeed cold, like an architectural drawing, the animations military perspective suits the storyline and makes it appear artificial.

Because I studied art in the north of England this video does give off a strong link to the great English born artist Laurence Stephen Lowry [1887 – 1976]. Famous for painting scenes of life in the industrial districts of Northern England during the early 20th century. He had a distinctive style of painting and is best known for urban landscapes peopled with human figures often referred to as ‘matchstick men’. He also painted mysterious unpopulated landscapes, brooding portraits, and the secret ‘marionette’ works.

For me there is a strong link between this music video and the art of Lowry, the videos sparse background, perspective and  subject matter show a close resemblance to his work. Despite this Patricia Luna and Danae Diaz have resurfaced Lowry’s aesthetic and put it onto a record, which in my opinion is a great thing to do, especially as this record is very, very good.