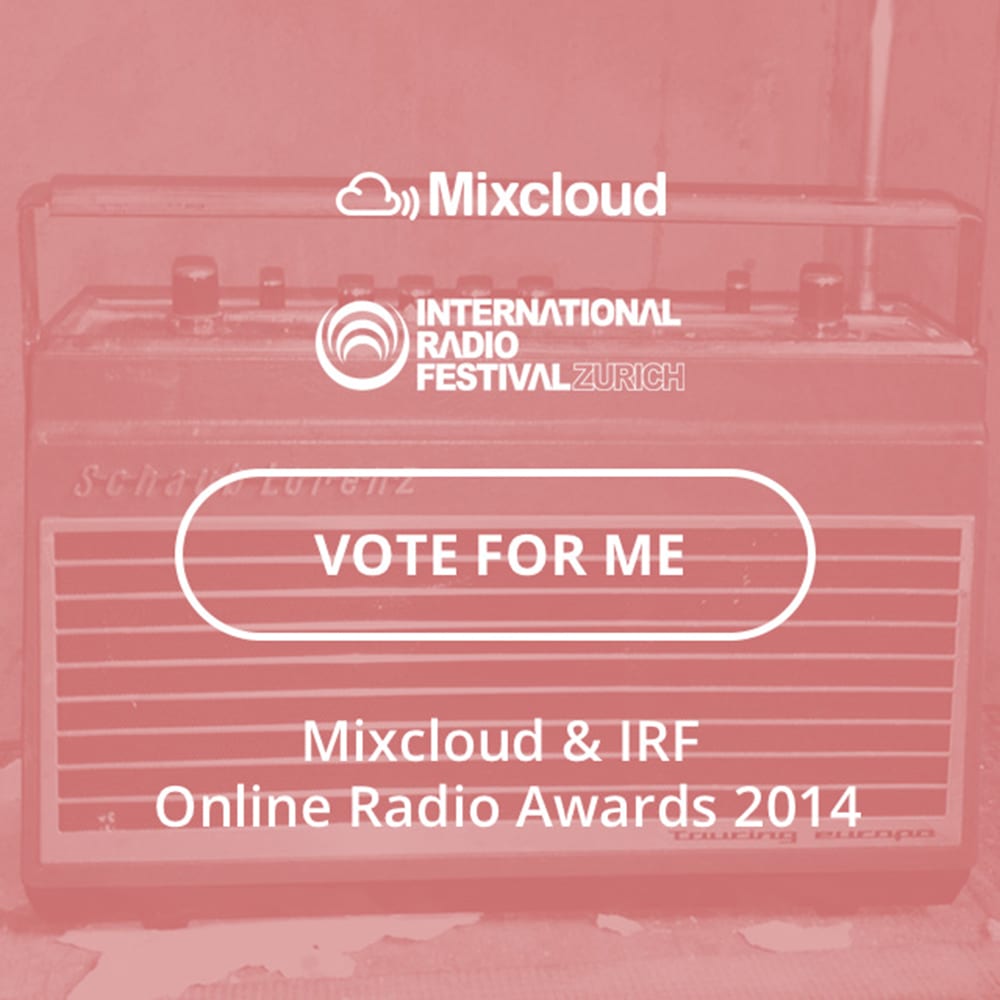 London based online radio platform Mixcloud have teamed up with the International Radio Festival (IRF) to launch the Mixcloud & IRF Online Radio Awards. Submissions are open from 9 July 2014 for best show and station across ten categories by a public and industry panel vote.

Winners will be flown to Zurich to have their show aired at the International Radio Festival 3-6 September 2014 and given the title of ‘The Best Online Radio Station 2014’. To cast your vote for your favourite station, such as Inverted Audio, follow the link below.