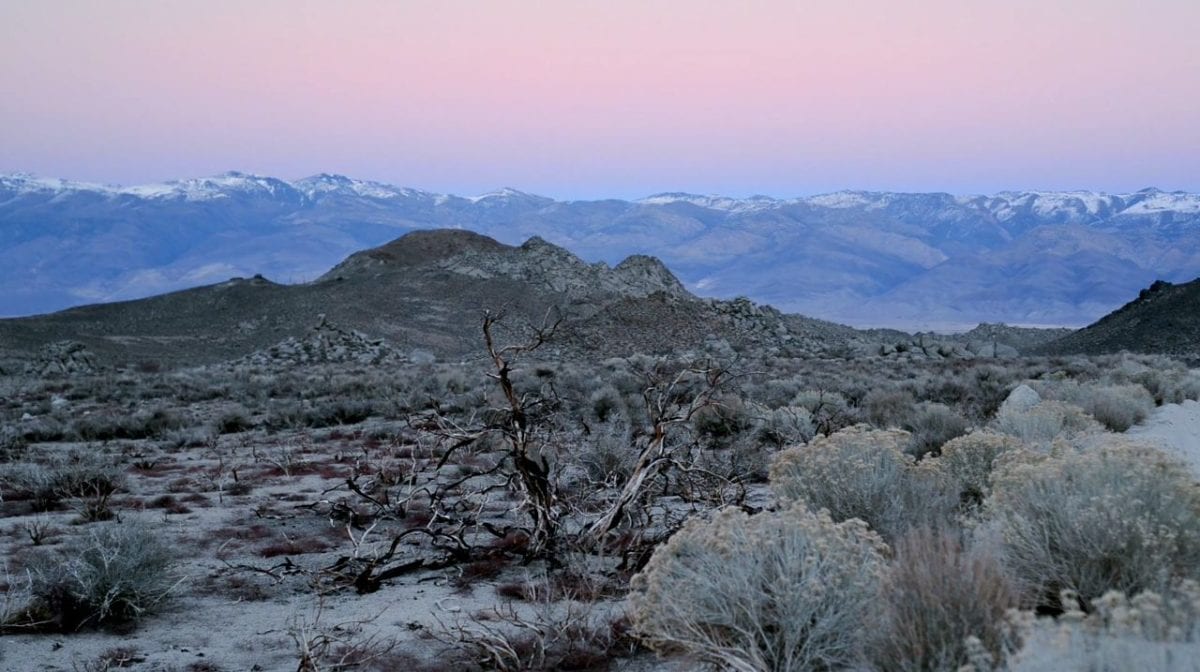 Glitterbug, real name Till Romann, will release his fourth album ‘Dust’ on Gold Panda’s NOTOWN imprint on 9th June 2014. Ahead of the release Inverted Audio are proud to present the UK premiere of ‘Dust‘.

The video was directed and edited by Ronni Shendar and was shot in the arid valley of the Owens River in eastern California in late 2013. The video effortlessly translates the bare and desperate beauty of ‘Dust’ into stunning imagery of majestic mountain ranges, bare desert landscapes, scattered vegetation and stark contrasts, introducing us into a visual world scarce of human traces.

“I wanted to create a video that seemingly takes place over a colossal time span,” says Shendar. “I suppose it’s not very ‘music-video’ like in the classical sense… I used video similarly to how I work with photography and print, focusing on textures and canvases rather than movement. I filmed the video in the Owen’s Valley and Sierra Nevada in California in late 2013. The erosion of glaciers and volcanic ash spanning millions of years, rocks covered with petroglyphs of a lost culture almost 10,000 years old and a draining river feeding water to one of the world’s most populous metropolitans – to me, this place where the span of earth’s time is so visible, resonated very well with the mood of ‘Dust.'” – Ronnie Shendar

Glitterbug’s album ‘Dust’ is released on 9th June 2014 via NOTOWN.

Discover more about Glitterbug and NOTOWN on Inverted Audio.