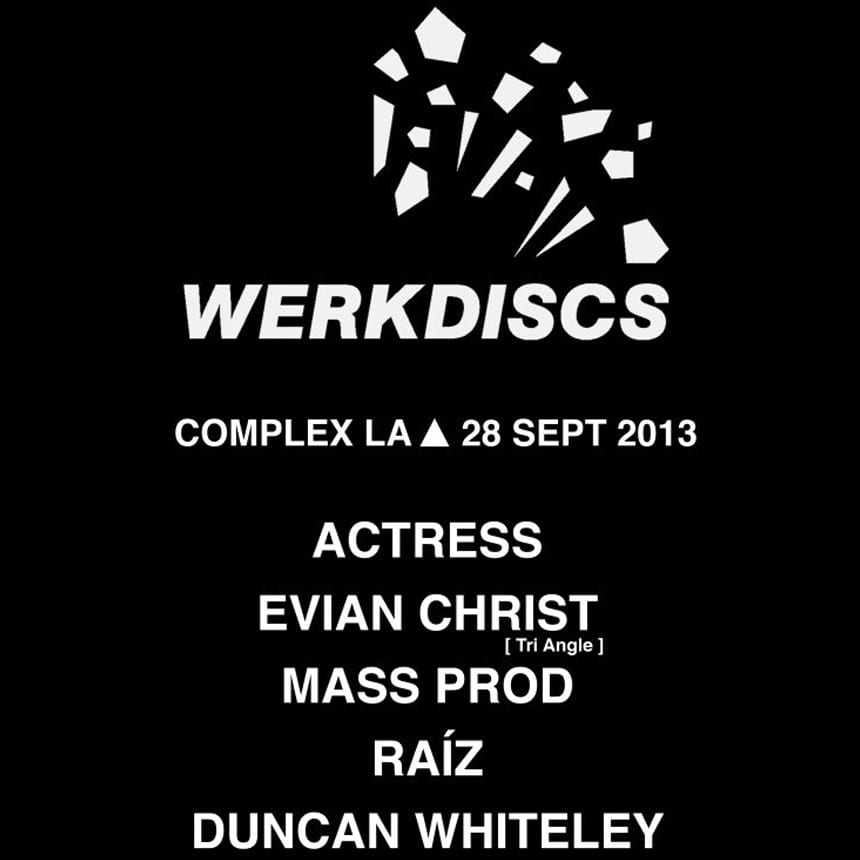 Both Actress and Evian Christ are from the UK and this rare US performance is a chance to witness their unique approach to experimental electronic music. It’s also likely that you’ll hear new material from Actress’s forthcoming album ‘Ghettoville’, a follow-up to 2008’s Hazyville, which is scheduled for release later this year. Mass Prod, Raíz and Duncan Whiteley complete the lineup.