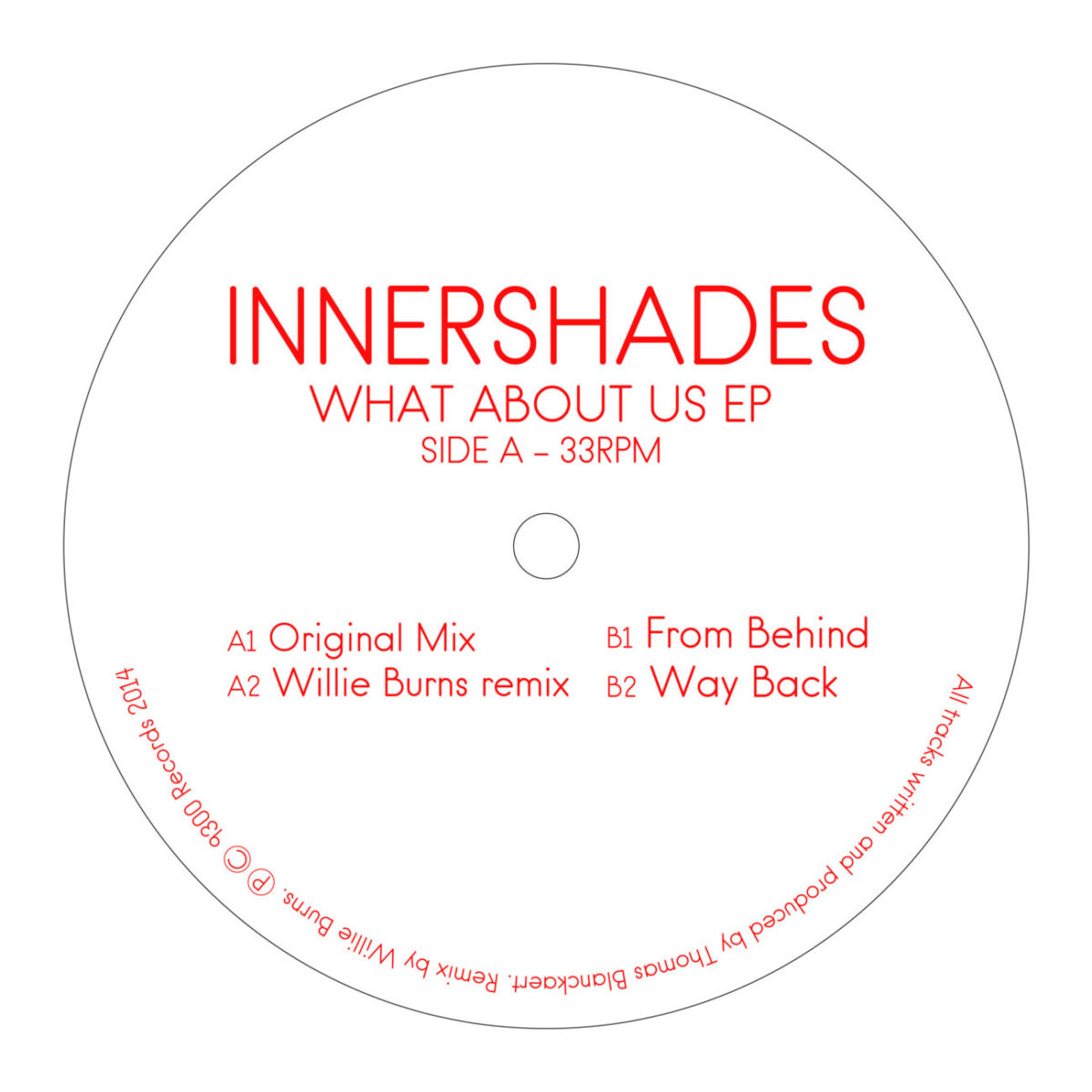 Based in Aalst, Belgium, 9300 Records is a newcomer in the labels’ game. Taking its name from the city’s postal code, the imprint is the result of local Spektrum collective’s will to push things a bit further after over two years setting up events and parties in the area.

No doubt the guys found in Crème Organization’s regular and close friend Innershades the ideal herald to spread the word. With this solid debut release titled ‘What About Us’, the label stakes its territory quite clearly.

The Belgian producer drops a colourful four-track plate of naive and soft-tempered house material strictly aimed for the dancefloor with Willie Burns getting in for a remix of the title track that gives prominence to the originally quite discreet voice sample of Innershade’s mix.

A lively, retro-inflected ride that will have you shuffling your feet from start to finish. 9300, a new number for the beast.

‘What About Us’ will be released in a 300 numbered and hand-stamped vinyl edition and will hit the stores sometime in January 2015.

> WATCH ‘WHAT ABOUT US (WILLIE BURNS REMIX)’ ON YOUTUBE

Discover more about Innershades and 9300 Records on Inverted Audio.